S.M.S. (Shit Must Stop) was an incredible arts journal that helped realized some of the most wonderful mulit-media projects that emerged during the 1960’s. It was founded by artist, collector and dealer William Copley in 1968 and issued six volumes over the course of that year. S.M.S. was essentially a collection art multiples gathered in a box. Participants (across the six editions) included Meret Oppenheim, Yoko Ono, Bruce Nauman, H.C. Westermann, Claes Oldenburg, Roy Lichtenstein, Terry Riley, La Monte Young, Enrico Baj, Hollis Frampton, Lee Lozano, Ray Johnson, Joseph Kosuth, Diane Wakoski, Mel Ramos, Bruce Conner, and Hannah Weiner, among others.

Despite being a pretty obsessive fan of the 1960’s avant-garde, having a number of Fine-Arts degrees, and loving most of the included artists, I had never heard of S.M.S. until a few years ago when I was helping Barbara Moore, the widow of the iconic Fluxus photographer Peter Moore, catalog her audio archive. As I slowly worked through it, I came across two small boxes containing reel to reel tapes. One in particular caught my eye because of its resemblance to La Monte Young & Marian Zazeela’s ‎ 31 VII 69 10:26 – 10:49 PM / 23 VIII 64 2:50:45 – 3:11 AM The Volga Delta – (The Black Record). When I opened it I realized that I was holding the first issue of Young’s Drift Study 4:37:405:09:50 5 VIII 68 which Barbara explained had come as part of a series of editions called S.M.S. 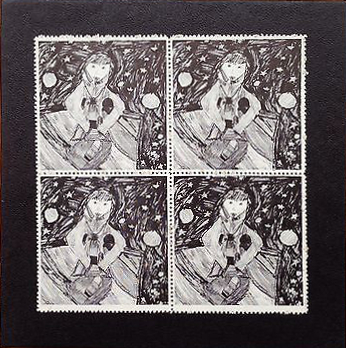 The other box in my hands was less easy to discern. It turned out that the cover was designed and drawn by Terry Riley’s nine year old daughter Coleen, and the reel to reel contained an early realization of his Poppy Nogood’s All Night Flight (The First Ascent) from SMS No. 3 issued in June 1968. The recording was from the first of Riley’s All Night Concert series, which took place on November 17, 1967 at The Philadelphia College of Art. 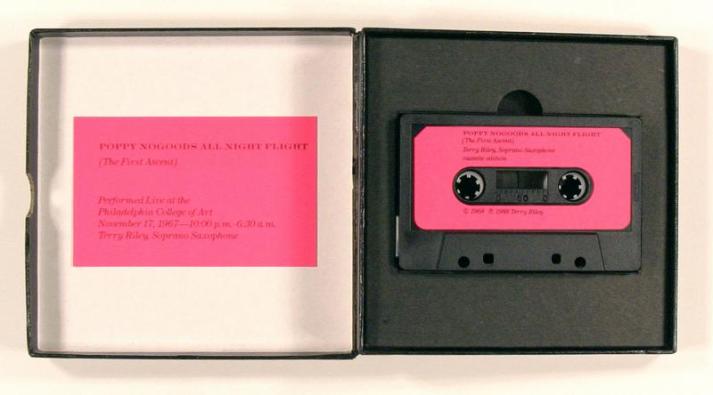 Because it seems very few people are aware of S.M.S., or these two first editions of now famous works, I thought I’d share some images and audio (in separate posts). Though the audio editions featured here are not the ones I first discovered – as I mentioned they were on reel to reel vs cassette, (I was foolish enough to not take pictures when I had the chance) and are in fact a later version of the release, I figured it was still worth it. Most people will be aware of Riley’s realizations of Poppy Nogood because of the version which appears on the B side of Rainbow in Curved Air.  It is beautiful psychedelic droning swirl of delayed saxophone lines, and organ, and completely engrossing.  Bellow is the poster from the concert during which the S.M.S. release was recorded. Below that is the audio, and bellow that is a full version, recorded at a slightly later All Night Concert in 1968 – released by Terry on Elision Fields in 2006, and worth picking up if you don’t have it. I hope you enjoy what you see and hear. 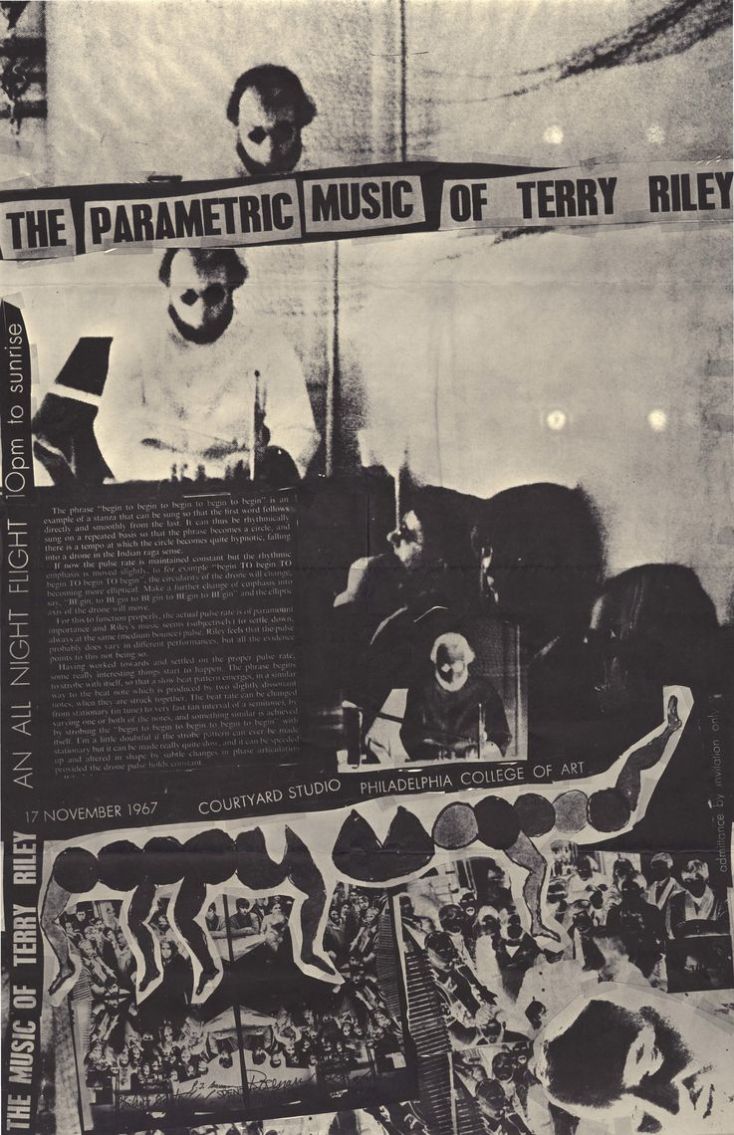