Having spent my formal education, and working life, dedicated to the fine arts, while offering my intellect and heart to the world of sound, I’ve become skeptical of the presumption of either to cross the boundary between. This feeling has become more pronounced in the last five years as I’ve watched the art world clamor for material which, through temporal elusiveness, has a less transparent relationship to capitalism – bringing a veneer of integrity, often otherwise absent. During the same period, I’ve seen members of the experimental music world (very naively) cast a wanton eye at the gallery world, desiring what they believe to be a more legitimized intellectual forum, offering the added perk of financial security.

Though there are countless sound works of immeasurable value, which couldn’t operate comfortable beyond the hallows of the art world, and I’m grateful for its offering them shelter, the truth is that very few artists who begin their practices in the aural realms render their ideas well in physical form. The money is corrupting, and having spent their careers in a different world, most are cursed with an underdeveloped, contextually childlike relationship between visual aesthetics and meaning. They’re painfully literal, relying on easy interactive access and object fetish. Very little good comes of this devil’s handshake. When I see speaker as “object”, or some form of instrument (transmogrified, re-moded, or not), let alone sound delivery device (vinyl record, prominently displayed turntable, etc), I begin to cringe.

Of course there is an unfair imbalance of expectation. I’m rare to raise my brow when a fine artist ventures into the world of sound. Though it’s worth mentioning that in most cases, these excursions are defined by a conceptual relationship to pop culture, which few artists hold a pretension of joining.  Kelly, Roth, Kippenburger, Oehlen, and Bueys, weren’t trying to be the next Prince. They weren’t even trying to exit their own context. They were attempting to broaden its terms. Because these artist lived in culture, and navigated it through aesthetic meaning, they were reasonably qualified to build the bridge. This is rare in reverse.

I’m a big fan of Tony Conrad. His music has been part of my life for the last twenty years. I’m yet to find it anything but exhilarating. He was one of the originators of Minimalist music, and continues to be a vibrant force in the avant-garde to this day. Tony’s an odd case. On one hand his history and fame lie mostly with the sounds he’s made, but he’s also one of the originators of concept(ual) art, and has made equally important contributions to the history of film. Within the creative realms, he is a polymath. A number of years ago, on my lunch break in Chelsea, I wandered into Greene Naftali. I found the walls lined with battered old pieces of paper marked with a blacked rectangle of paint. I wasn’t sure what to make of them until I realized what they were. They were Movies by Tony. The conceit was simple and brilliant. Over time the paint and paper would age and change, effectively making a slow motion film – one which could only be witnessed outside of its temporal terms. Though I had long been aware of Conrad’s participation in Fluxus, and seen most of his films, I hadn’t been aware that he had quietly been making artworks through the years. The show made my day as I wandered back to work with a rare smile on my face.

Over the last decade, largely due to Greene Naftali’s support, Conrad has been spending more and more time exhibiting art works. Some are old. Some are new. Some are also better than others (as is always the case). Though he has made recordings on other instruments, most notably the pump organ on Joan Of Arc (which is incredible), Conrad is primarily known as a violinist. A while back I stumbled on another extension of his practice that had previously escaped me. It turns out he’s been building strange instruments all these years. Though it seems their public context has recently been restricted within the art world – I’ve seen him play a ton of times and never once on one of these, the instruments (like Conrad himself) bridge a number of worlds. Many have been used in past performances, or played by himself and others on recordings. At first glance they appear to be totems from some unknown ritual. At the next they are functional objects, and finally they are things of deep aesthetic beauty and possibility.  Trusting my intuition, they seem to occupy a number of classes. There are those which were made as sculptural hybrids – extending from familiar Fluxus tropes (machines of chance, etc), those which were made for sonic experiments in order to realize a new territory of sound, and those which seem to have been made more recently – rounding out the need from more objects in an exhibition. Despite their differences, none disappoint. When casting on eye on each, I’m left where art should take us all, staring for hours and lost in what it proposes. I decided to share some images of these curious and wonderful objects. Most have come from two primary exhibitions. One was at Galerie Buchholz in Köln back in 2012, and the other was at Inverleith House in Edinburgh during 2014. I hope you enjoy what you see, and they spark the same curiosity as they have in me. With them Conrad has bridged a difficult gap between fine art, object, and sound that few others have managed. 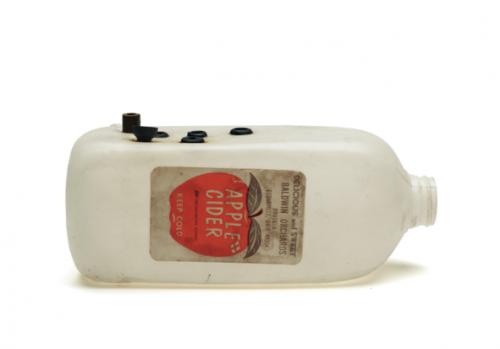 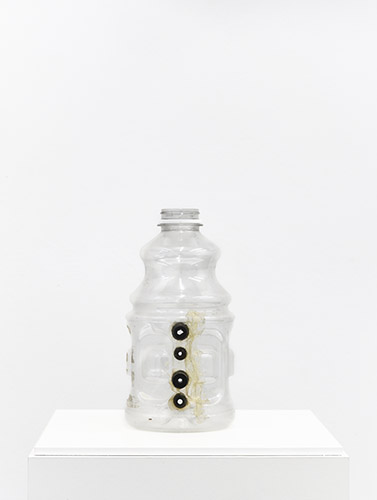 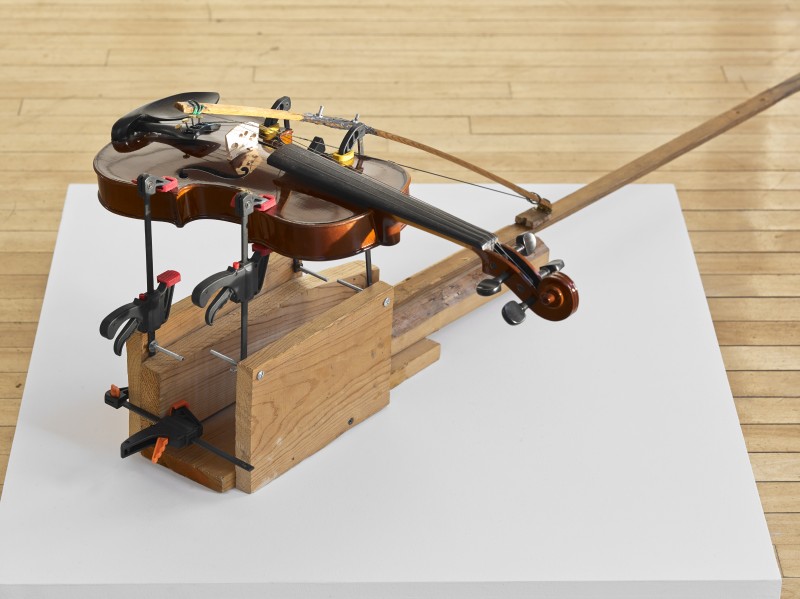 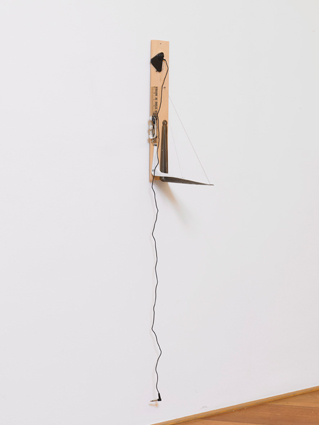 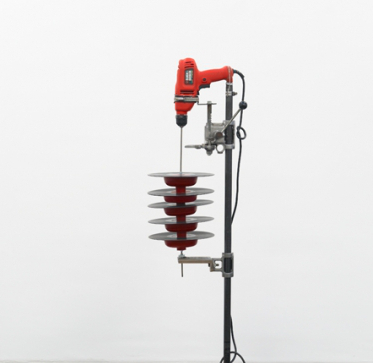 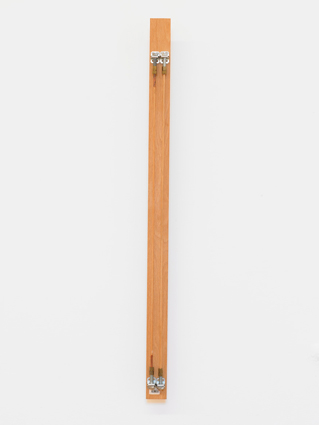 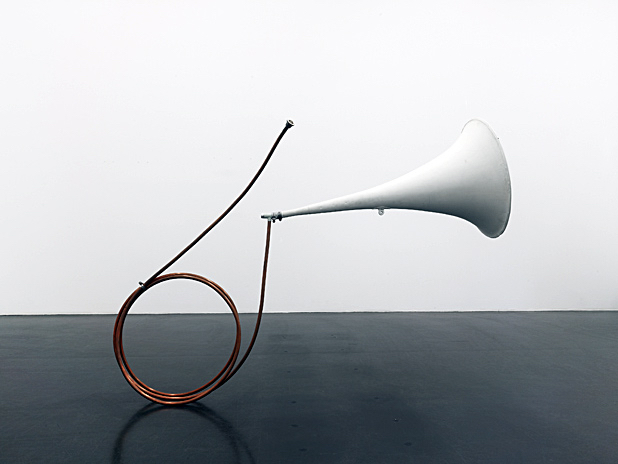 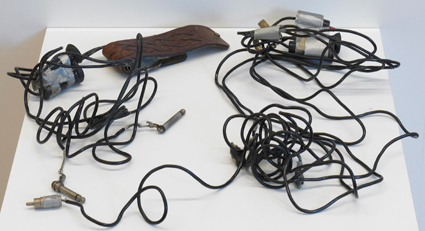 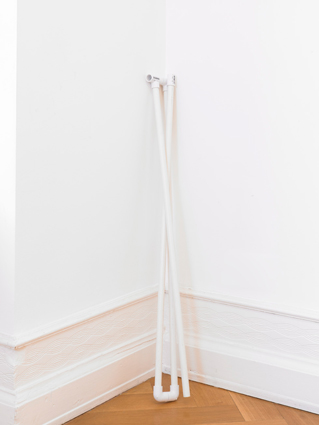 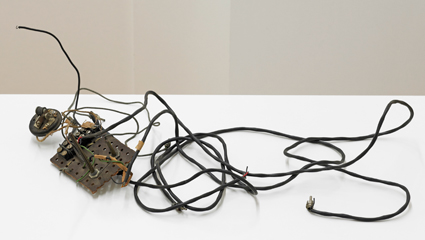 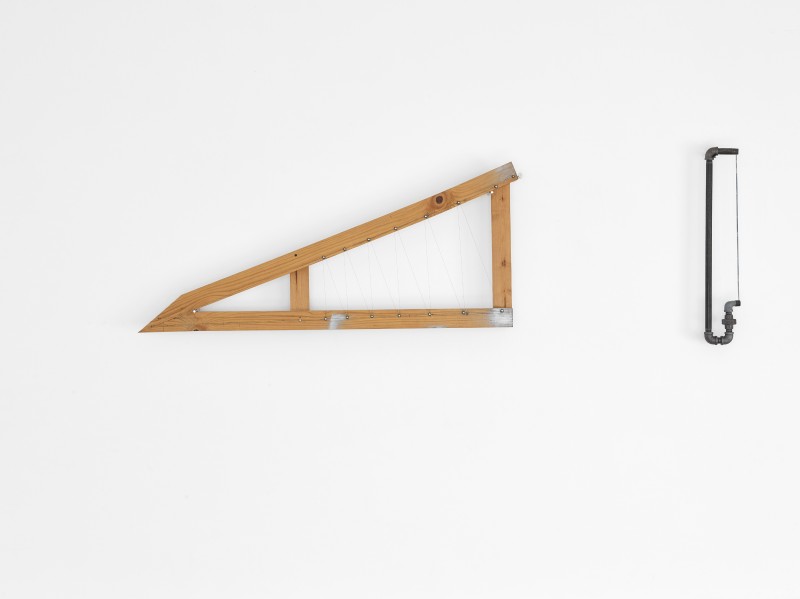 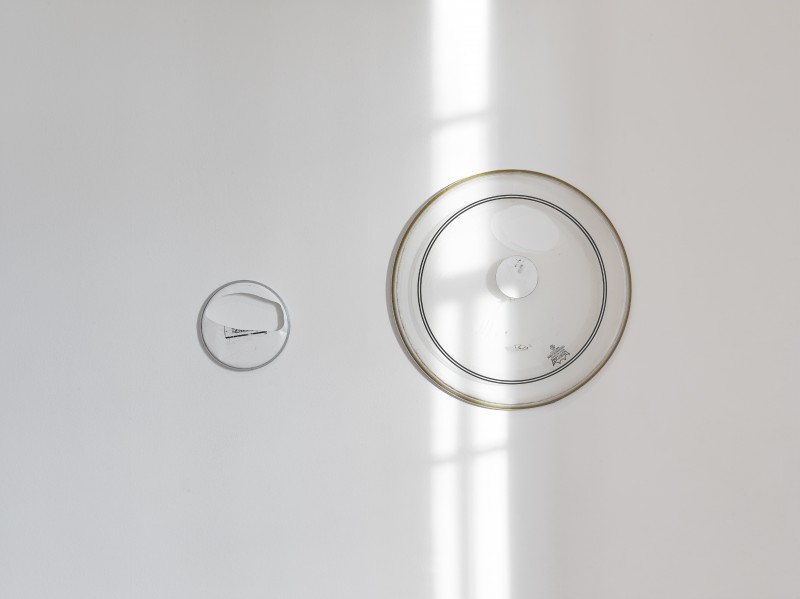 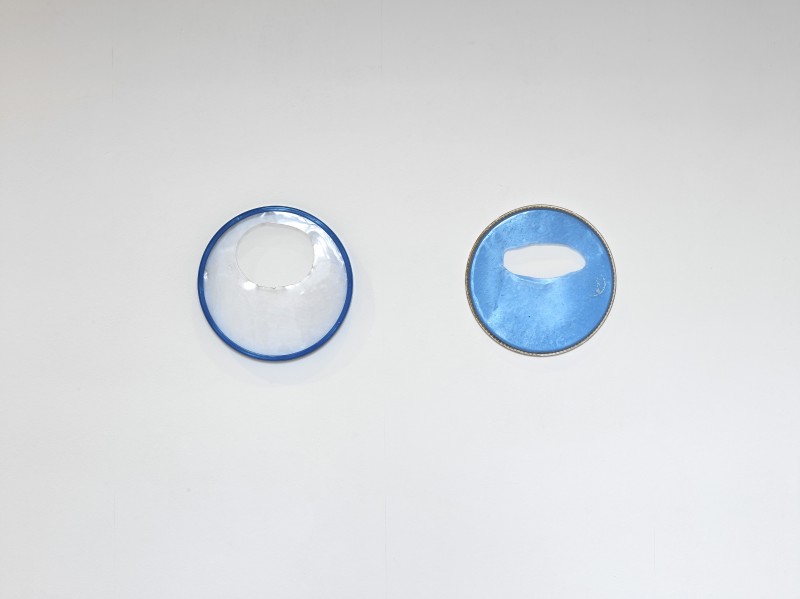 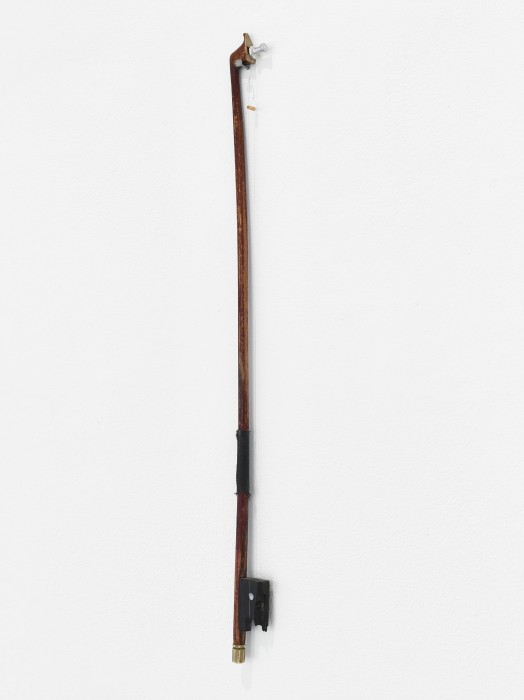