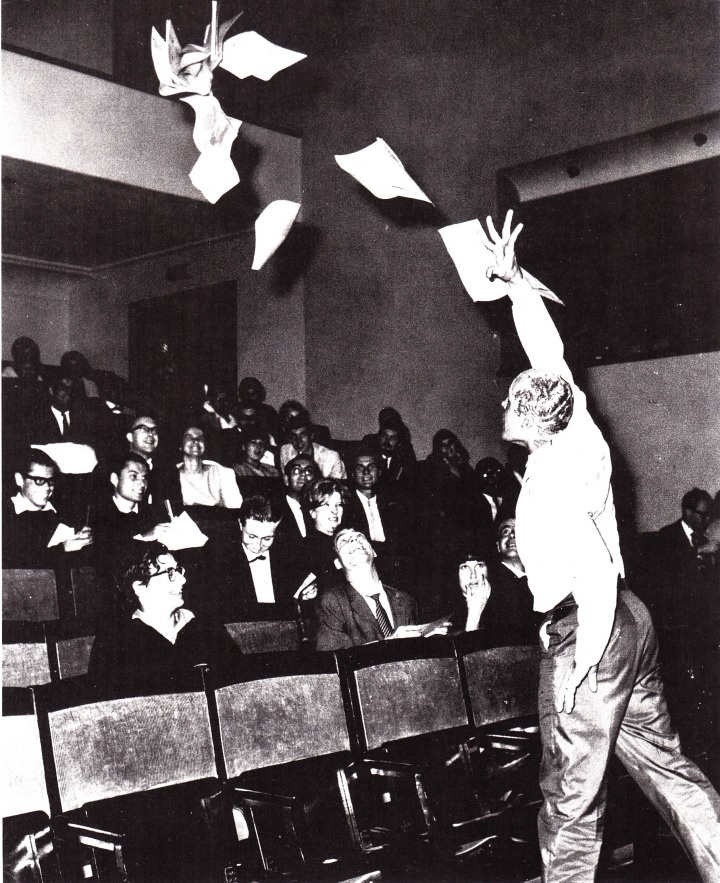 The idea that musicians pose a threat their instruments, or the integrity of a musical work, is probably as old as music itself. The concept of music holding the potential for danger to performer and audience (beyond the obvious risks of hearing loss, or vocal chord damage) is relatively new, and can be traced to the scores and actions of Dick Higgins from the early 1960’s. Higgins was a writer, publisher, artist, and composer who studied with John Cage in the now famous class at the New School For Social Research which also included Jackson Mac Low, George Brecht, Allan Kaprow and Al Hansen. Though an early member of Fluxus, and one of its most important contributors, Higgins has been largely neglected by history in favor of his more famous peers. In addition to his activities as an artist and composer, he coined the term intermedia, and founded the iconic The Something Else Press, one of the most important American publishing houses for Concrete Poetry and avant-garde texts during the 60’s and 70’s (read my friend Barbara Moore’s account here). For those unfamiliar,  Primary Information loving reissued Something Else’s incredibly important Great Bear Pamphlets Series a few years back, as well as retaining an online archive of their newsletters.

In 1961 Higgins began his series of Danger Music scores. Like many of his Fluxus contemporaries, they employ whit, humor, ideas of chance and indeterminacy, as well as challenges to what a score, source, and music might be considered to be. Despite clear relationships to other performative Concept Art, Higgins took his actions a step further into the territory of metaphor. Where paradigm shifts in musical thought are almost always met with fear by former generations, Higgins made that fear a more palpable reality by creating actions with the real possibility of danger for performer or audience – in some cases to the extent that some works are unlikely to ever be performed.  Because these works rank among my favorite Fluxus scores, present some of the most extreme challenges to what music might be seen to be, and are widely forgotten, I thought it might be nice to share the few that I’ve been able to track down. There are two sets represented below. One which is a later hand written set that was created by Higgins in 1989, and the original typed version from the 60’s. I hope you enjoy them, and that they enter your life the way that he hoped they might. 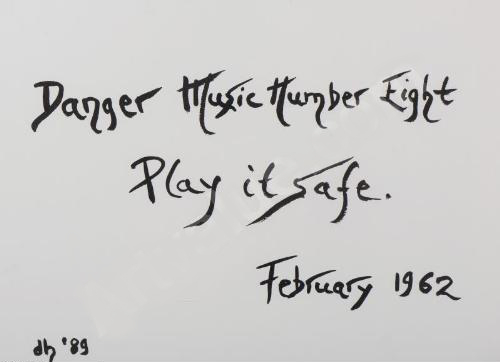 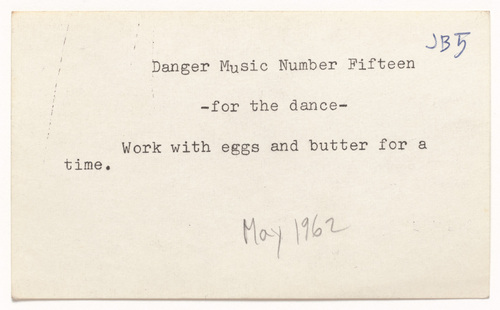 One thought on “danger music: the scores of dick higgins”