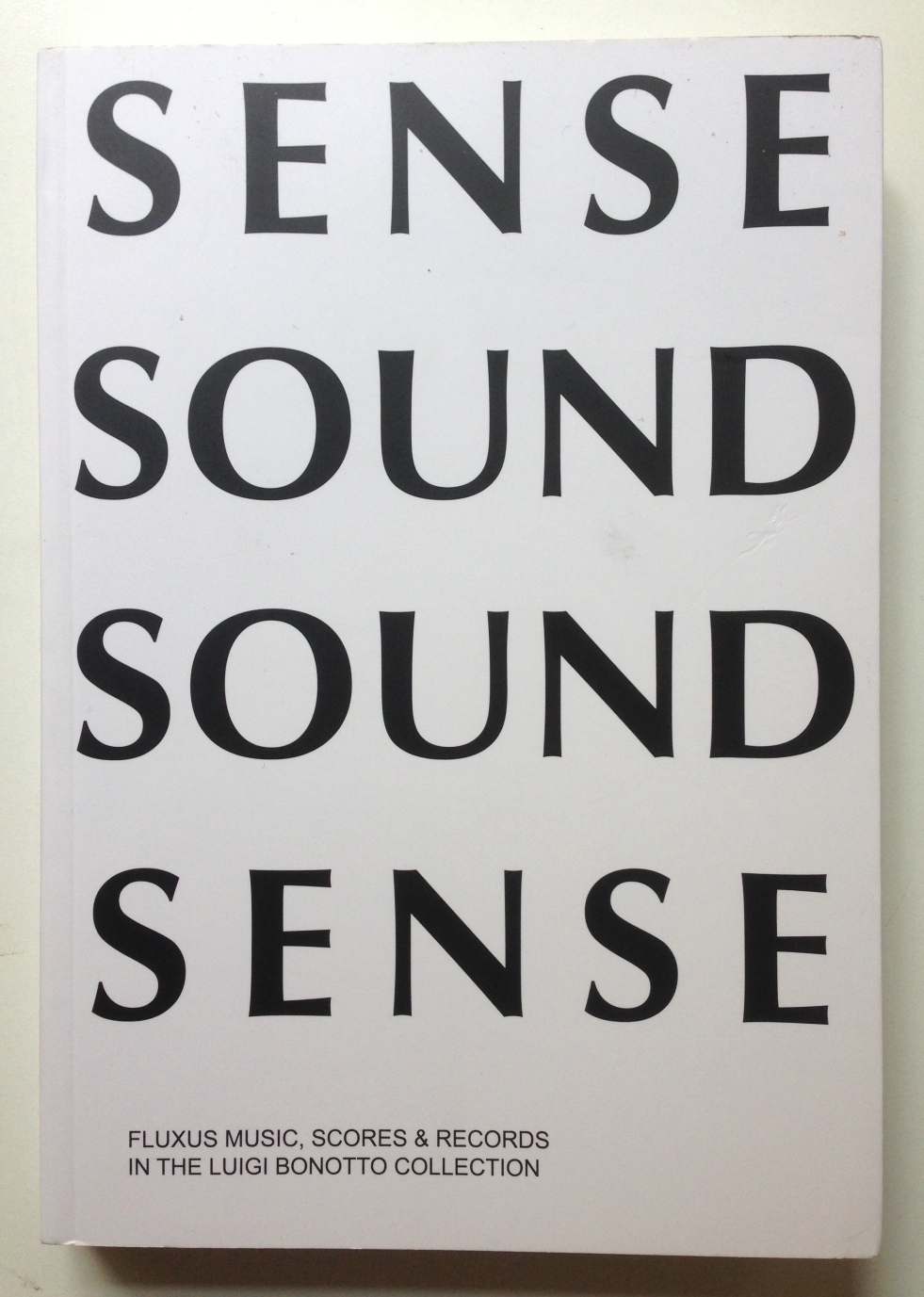 (Writing from somewhere over Europe, on a flight between London and Lisbon – suffering from jet-lag induced psychological fragility, while fighting off a panic attack due to an acute fear of flying.)

Within fields which embrace critique (as mine does), objectivity is of fundamental importance. It’s a near impossible struggle – to rid your own subjective beliefs from a piece of criticism, allowing yourself to understand an object on its own terms. In my own case, I’ve found that I often hold those who occupy the same field as I do – writers (or publications) on subjects within the arts (particularly music), to a higher bar than others. There are obvious reasons for this. Historical and critical texts usually arrive with little need for interpretation. Their subjects and positions are explicit and transparent, and as a result can known more quickly. This opens them to comparison with other texts, as well as a reader’s personal vision, standards, and knowledge of the given subject or context. By nature, they easily display underlying bias and omission. For a writer, there are also inevitable frictions which arise between those who share space in a world marked by passionate subjectivity. This explains why my writing on books, as this is one such case, often takes on a more clinical critical position, differing from my approach to records. Before any of this comes into play, it is crucial to understand what a text sets out to achieve, with any inherent limitations of its organic perimeters. Because something is not what you might hope it would be, does not mean that it is not the best version of itself.

When I saw the publication announcement for Sense Sound Sound Sense – Fluxus Music, Scores and Records In the Luigi Bonotto Collection, my heart skipped a beat. Not only is Fluxus Music a personal passion, but I was well aware of the extensive character of the Bonotto Collection. I ordered the first copy that became available. When I finally got my hands on it, many months later (do to the irregular intervals I pick up my mail), I was both thrilled and subtly dismayed. The book (and my reaction to it) echoed my encounter with Giorgio Maffei’s Records By Artists 1958-1990, back in 2014 (you can read my review here). What it contains and discusses is fantastic and welcome, it simply doesn’t contain as much, or display as complete a representation of the field as I might have hoped.

Particularly in the case of subjects that I am passionate about – obscure, underground, and avant-garde music, there are precious few texts available. When a book emerges, it’s hard not to get your hopes up. That certainly was the case here. Fluxus is one of the most important creative movements of the 20th century. Despite the fact that sound and music played a central role in its output, there are almost no books which address the subject head on – making this occasion that much more significant.

Fluxus began as a loose cluster of artists, writers, filmmakers, and composers orbiting around George Maciunas in New York, during the late 1950’s and early 60’s. Over the next two decades, it came to include members, active participants, contributors, and associates numbering into the hundreds and stretching across the globe. The list reads like a who’s who of the 1960’s international avant-garde. Capturing an accurate historical image of the movement is almost impossible. Its output was incredibly diverse, and originates with a position of dissent. It was an attempt to free the arts from capitalism, elitism, and the restrictions of the conventional gallery – a group of individuals who set out to smash categorization, and make challenging art available to everyone. It naturally defied easy definition, and generally presented work which had such a fleeting presence, that it could never be wholly possessed. As a general rule, Fluxus was about the moment. It was not intended to withstand the tests of time. 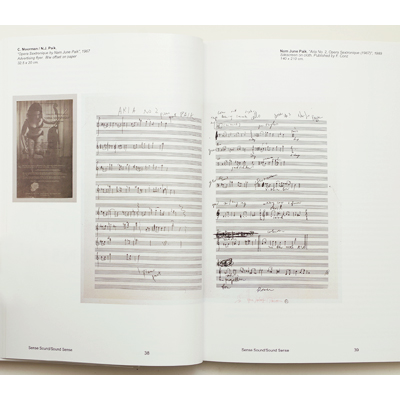 Any student of Fluxus can quickly observe that its history is more muddled than most movements of similar importance. Even as late as the 1990’s (when I first encountered its artifacts) it was still viewed with suspicion by art institutions and the critical establishment. Beyond the efforts of photographers like Peter Moore and a few passionate collectors (MOMA and Harvard have the largest holdings of Fluxus material, each is the result of one collector respectively, and in both cases acquired recently), there was little effort made to document and preserve it. Particularity in the case of Fluxus music, there has been a great deal more material (drawing on archival material and recordings) made available since the beginning of the 90’s, than there was during its years of activity. 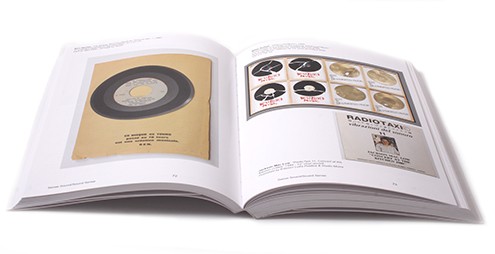 Much of what we know about Fluxus has been structured in retrospect (not the least of which began with Maciunas himself) – inevitably effected by surviving material and documents, personal narrative (marked by strong personalities and infighting), and the enduring legacy of a number of it’s more famous members and associates. As the movement has entered institutional care (historians, academics, museums, etc), its true origins and character have become harder to glimpse – for example Joseph Beuys, Yoko Ono, and John Cage now play a forward role in its narrative, while Maciunas, George Brecht, Henry Flynt, Tony Conrad, La Monte Young, Jonas Mekas, Yoshi Wada, Al Hansen, Dick Higgins, Alison Knowles, Charlotte Moorman, Ben Patterson, and a number of others, all of whom played greater roles its development and activity, are available only to those who dig deep. History celebrates a group which refused to play by the rules, yet remains suspicious, resentful, incapable of managing the rebellion at its core.

I became aware of the Bonotto Collection – the accumulation of Luigi Bonotto, who began actively collecting Fluxus materials in the early 1970’s, when they began making their holdings available online. It is one of the best resources on the movement, and embraces an unequaled spirit in keeping with its origins. Sense Sound Sound Sense was an exhibition held during the Spring of 2016, curated by Patrizio Peterlini and Walter Rovere with the collaboration of Giorgio Maffei (who wrote Records By Artists 1958-1990, mentioned earlier). It drew on the extensive holdings of artifacts relating to Fluxus music in the collection. In many ways, my encounter with Maffei’s previous publication prepared me better for this one (and please remember, I am writing about the book rather than the exhibition, which I did not have the good fortune to see). Because its contents are the result of an exhibition, individual curatorial positions, and draw on a single collection which is inevitably incomplete, it does not set out to be a catalog raisonne of Fluxus music. Any expectation of it being such should be dispelled. It is a sampling of the movement’s output. As such, it has failings equal to its successes.

Having a fairly developed knowledge of Fluxus (and its music), I found the book surprising. Exhibition catalogs usually begin by building context, and to be dictated by degrees of importance of each of the included artists – more works by major figures, less from minor. This wasn’t the case. I was surprised by what (and who) was chosen or emphasized, and by what (and who) wasn’t. For the most part it’s fairly democratic – offering an equal amount of space to those included, but in a number of cases makes unexpected choices about what works to include to represent them. While it does offer a slightly disproportionate weight to European members of the movement, which makes sense given that the collection is based in Italy, unfortunately, like many other resources, it possesses an inadequate representation of the artists at the heart of Fluxus’ origins – the immediate circle around George Maciunas in New York during the 1960’s. Were this a consequence of constraints offered by the collection, this would be entirely forgivable. A cursory glance at the Bonotto Collection’s online display, proves that this wasn’t the case – and even if it were, it is the norm within exhibition catalogs to build context using external sources. Given the sprawling character of the collection, and what the curators would have had access to from outside sources, we must accept the book’s contents as (partially) ruled by their directive. The publication would have been well served (if for context alone) by more documents from George Maciunas and George Brecht’s early musical excursions / performances, more attention given to Charlotte Moorman, and particularity her Annual Avant Garde Festival of New York, Yoko Ono’s loft series (there are plenty of artifacts), La Monte Young, with a more developed look at his volume An Anthology (only the cover is pictured, but none of the contents) which included important contributions by a number of key figures in Fluxus music, the efforts of Henry Flynt, Yoshi Wada, and especially those of Tony Conrad, who is entirely absent. The book effectively offers a representation of the breadth of Fluxus music (in artifact form), but fails to give it reasonable context of scope as a movement – where it came from, and how far it went.

That behind us, Sense Sound Sound Sense is a fantastic book – a welcome entry into the painful void that surrounds Fluxus music, and one I’m very happy to have bought. It may be only a sampling, but it’s far more than anyone else has brought us. It’s arguably the best resource on the subject to date, and as such is indispensable to anyone interested in its subject. It contains a fantastic introduction by Alison Knowles, and is filled with objects rarely encountered anywhere else. It does an especially good job pointing the reader toward the incredible (and neglected) work by seminal figures like Joe Jones, Juan Hidalgo, Robert Filliou, Philip Corner, Henning Christiansen, Walter Marchetti, Jose Cortes, Milan Knizak, and dozens of others. It does what most institutions fail to – protecting and presenting those most at risk of loss. Not unlike Records By Artists 1958-1990, it shoots itself in the foot by doing what it does so well, and thus leaving the reader hungry and in want of more – and by slightly neglecting a solid foundation of context in favor of the obscure and lesser known. Despite whatever failings it might possess, I can’t recommend it enough. It offers a weight of knowledge which is bound to challenge even those with a developed knowledge of its subject, and is bound to be a welcome addition to the shelf of any fan of art and music. You can pick it up from SoundOhm, or a bookstore near you. I highly recommend that you do.