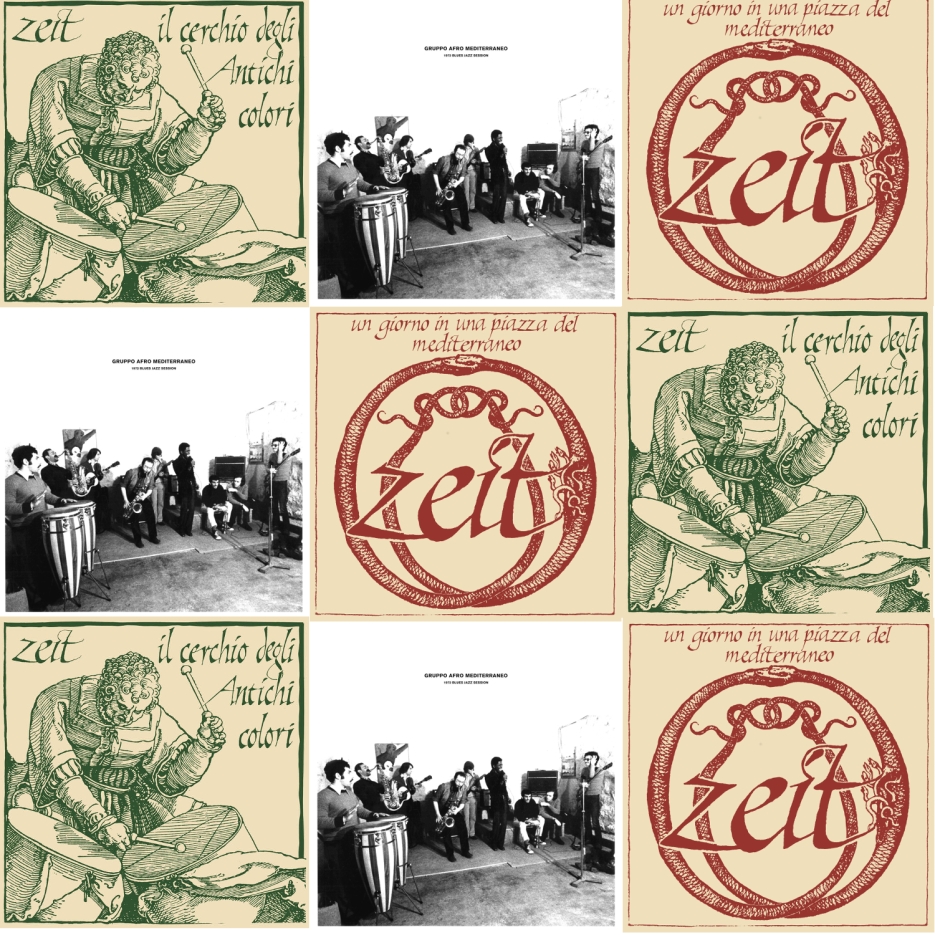 Note: This is a slightly modified and expanded review, originally published by SoundOhm

Over the last five years, Black Sweat has emerged to be one of the most important labels on the map. Dedicated equally to the contemporary sonic landscape, as they are to the past. Their efforts have helped rewrite history – offering listeners an astounding web of sonic adventure and joy. Founded in 2012 by Davide Domenichini of the incredible Al Doum & The Faryds, the label grew from a simple frustration – one most of us know all too well. Many of history’s greatest sonic gems are lost and unknown – lingering in the shadows, unobtainable, or out of reach – precious few copies hobbled by crushing costs. Over the course of its run, Black Sweat has been issuing a steady stream of remarkable sonic artifacts – looking beyond genre and association – a democratiser of history, intent on remedying the sins of time. Its efforts have played a central role in a larger cultural reappraisal of Italy’s remarkable, but rarely heard, movement of avant-garde music from the 70’s and 80’s. It’s here that their three most recent releases draw our eye.

There is no single vision of Italy’s great historic avant-garde. It is sprawling and diverse. The one consistency is singularity. Very little sounds like anything else. It was a movement marked by openness and adventure, carrying the spirit of countless cultures and a love of experimentation close to its heart. A product of the country from which it sprang – a melting pot, activated by open ears, with one eye on the future and the other on the past.

Rather than growing from the logical seeds planted by earlier iterations of the 20th century avant-garde, the Italian school often stemmed from the more ambitious wings of Rock, Prog, and Jazz – regularly incorporating elements from the many folk traditions of the world. It was optimistic – placing its faith in the listener to join, wherever the adventure led. Central to this history is the legendary band Aktuala – a project which released three astounding albums before birthing the careers of Lino Capra Vaccina, and Walter Maioli – one of the figures behind Futuro Antico, and the unbelievable collaboration with Pit Piccinelli and Fred Gales called Amazonia 6891. Aktuala looms large in Italy’s past. Its tendrils stretch long. Black Sweat’s new releases – two by the stunning project Zeit, and one by the equally as brilliant, but virtually unheard band Gruppo Afro Mediterraneo, both have links to those auspicious roots.

Zeit’s Un Giorno In Una Piazza Del Mediterraneo and Il Cerchio Degli Antichi Colori, originally issued in 1979 and 1981 by the legendary Materiali Sonori imprint, have long been heavily hunted gems from the lost Italian experimental scene. I’ve been looking for copies for year. Founded by guitarist and mandolin player Andrea Tamassia, whose technical skills led to his recording and collaborating on Aktuala’s third and final release, the project opens a window into what made this community so unpredictable and strange.

Un Giorno In Una Piazza Del Mediterraneo and Il Cerchio Degli Antichi Colori are among those strange artifacts from history which refuse to be pinned down – rifts within the legacies of the avant-garde which defy standard understandings and expectation. Classification by genre doesn’t work. They are at once forward looking experiments, traditional, and ruses employing misleading signifiers of sound – mystical hypnotic excursions locked within the instrumentation of  folk – guitar, mandolin, violin, frame drum, and flute. Each flirts with the territories explored within Le Chant Du Monde’s widely celebrated Special Instrumental series – reinterpreting ancient European musical traditions in the present day, before delving off – pulling from the musics of North Africa, the Middle East, and free improvisational Jazz. As a creative project and artifacts, they are logical successors to The Incredible String Band, Third Ear Band, and the instrumental projects of Emmanuelle Parrenin – musics based on thirst. Eclectic and ambitious musings which refuse location and time – misleadingly beautiful ramblings in instrumental folk – each track laced with complexity, often evolving into sprawling jams. These albums are a lost piece of the puzzle, which like so much of the music emerging from Italy during this period, shatter the concrete history of the global avant-garde. 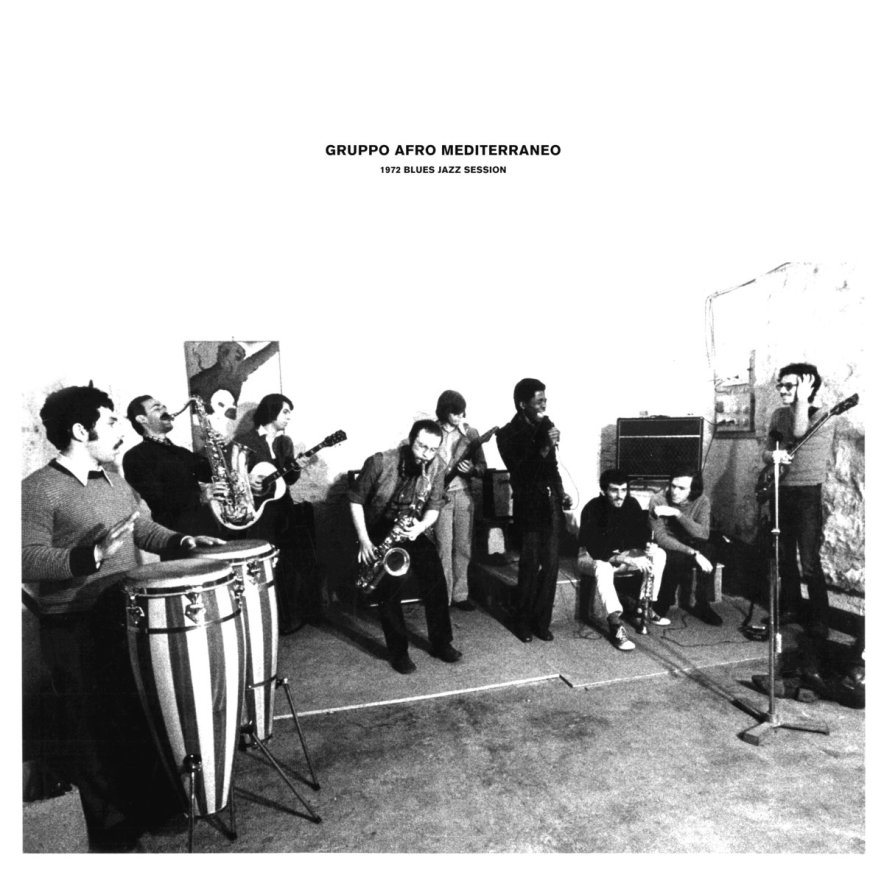 The release of Gruppo Afro Mediterraneo’s 1972 Blues Jazz Session, represents yet another revelation ushering from Black Sweat’s hands. These never before heard recordings, which date to 1972 – foreshadows the formation of Aktuala by less than a year. The album includes a number of that project’s soon to be members, in conjunction with those who later went on to form the equally legendary project I.P. Son. It is a sonic artifact, the importance of which soars to towering scale – a view into what lay before all that was to come. Gruppo Afro Mediterraneo, like much of the broader Italian scene, pays a beautiful disloyalty to the things it loves. It is an irreverent hybrid, pulling from the diverse musics of the world – presenting a hypothetical tangent. This is what the Pig Pen era Grateful Dead would have sounded like, had the band gone instrumental, fallen in love with Free and Spiritual Jazz, taken too much acid, lost their shit, and then landed in India or Africa for a bit too long. Like so many great things, 1972 Blues Jazz Session feels like it should have never been. It’s a moment – a celebration – a playful sonic adventure between friends. It’s bluesy, drenched in the traditions of Jazz, with psychedelic jams of sprawling lengths. It is a door, behind which we are finally lucky enough to be allowed.

Each of these three albums comes wrapped in the care and love for which Black Sweat is becoming widely known. They are beautiful objects of profound historical importance. Sonic adventures which reshape our understanding of where we come from. You can pick them up from SoundOhm, or directly from Black Sweat. If this is your first encounter with the label, I highly recommend taking to time to dive in and check out everything they’ve done.