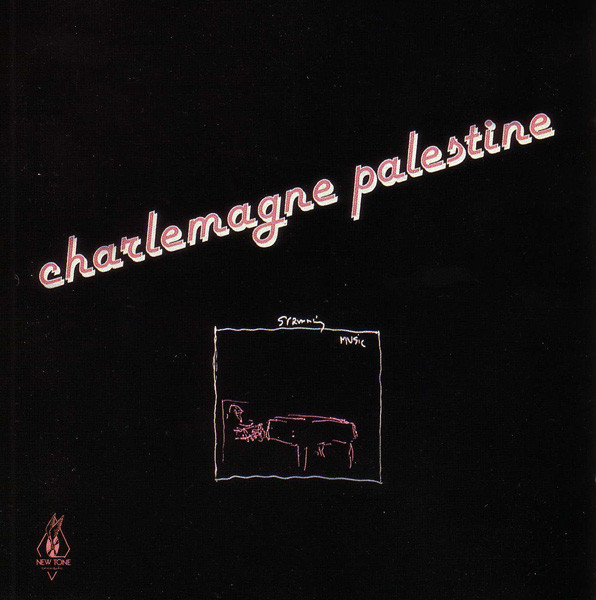 Note: This is an modified and expanded version of a review, originally published by SoundOhm.

Charlemagne Palestine needs little introduction. He is one of the great pillars in the history musical Minimalism. Discovered in 1964 by Tony Conrad, while he played the bells at Saint Thomas Church next to the Museum of Modern Art in New York, the body of work he composed for piano and organ in the the ensuing years is so singular and remarkable, that words risk doing it a disservice. Originally issued by the Shandar imprint in 1974, Strumming Music is as legendary as records come – one of the great seminal works of the 20th Century avant-garde – a holy grail. For decades record collectors have chased scarce copies across the globe, counting the days until it might reemerge. Cradled in the hands of Aguirre’s growing effort to bring the Shandar catalog back into view, that time has finally come.

Strumming Music – a fifty minute work for solo piano, is one of two recordings released by Palestine before disappearing from the world of music for decades (the other being the equally legendary Four Manifestations On Six Elements). While its creator lingered in the shadows – following other paths, through the album’s enduring presence – its unchallenged beauty and importance, his legend grew to a towering scale. It is the seed for an astounding legacy, late to unfold. A perfect gesture of high Minimalism, nearly distilling the entire movement into a single breath. An effort of sublime simplicity. A work of brilliant conceptualism and shimmering sound – elegant, at ease, and concise. The proof that less is more.

Palestine was among the earliest of his peers to structure his arrangements of notes around rigorous abstract ideas – concepts – to see music like fine art, as a means to a higher end. Growing from his practice of strumming the keyboard – the sustained rhythmic repetition of a constrained sequence of notes, Strumming Music presents the interlocked duality of distinct worlds – the point at which sonorities enter the process of becoming something else. It is only a work for piano in the most obvious sense. The instrument is a vehicle – a means to a higher plane – a passage to the beyond – at once spiritual and and intellectual. Strumming Music, for all the immediate beauty presented by its rhythmic interplay, is one of history’s most astounding works in ambience and overtone – sheets of sound birthed by the conversation of notes. One world stacked on another, standing on its own.

Though 2017 is already shaping up to be an incredible year for music – new and reissues alike, and  it’s impossible to know what’s to come, the reemergence of Strumming Music unquestionably heralds among its most important moments – the end to a decades long wait. One of history’s most important albums, available on vinyl for the first since its original release. It’s as good as Minimalism gets – a seminal piece in the puzzle of the 20th Century avant-garde, which is not to be missed on any count. You can listen to it again below. It seems like both Aguirre and SoundOhm sold out fast. With luck there are copies still floating around in shops, so keep your eyes peeled. With luck the label will do another run.