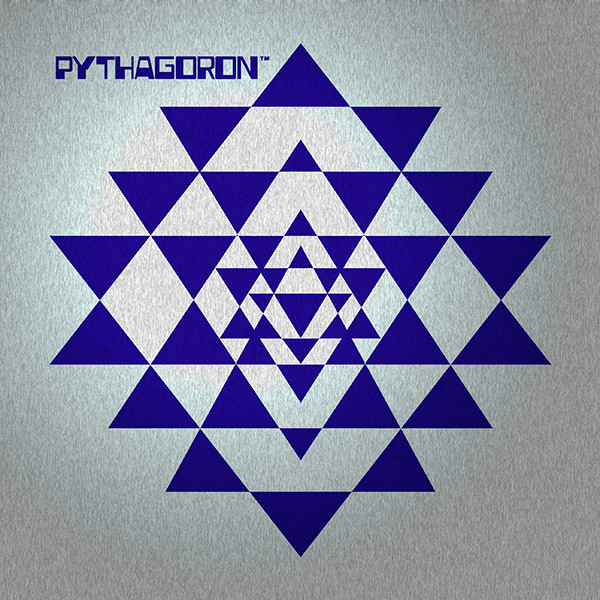 It goes without saying that the psychedelic era’s quest for higher meaning, and its bridge toward to New Age music, produced some strange artifacts – some incredible and singular, others far from it. While obscure, Pythagoron’s sole LP – a distillation of fine art, drug culture, high New Age thinking, and musical Minimalism, is a near perfect image of the outer reaches of its era. Privately issued in 1977 – sold via advertisements in High Times, the album’s origins are mysterious – thought to be a product of USCO (The Company Of Us), one of the earliest multimedia art collectives based in New York – pioneers in the field of immersive sound and light environments. Beginning in the 1960’s, the group harnessed new technology as a vehicle for mystical and psychedelic experience. In an era guided by music, it was only logical for their efforts to eventually extend into sound.

Where most figures associated with the New Age movement strove to create a music which could heal the soul, Pythagoron took it further. The album is intended to get the listener high – the aural mirror to Brion Gysin’s Dream Machines, and the step beyond La Monte Young. Capitalizing on the the tonal precision allowed by synthesizers – it attempts to harness the resonant interaction of sound and brainwave patterns to induce states of euphoria – the precursor of more recent efforts in binaural beats and neural oscillation. Whether successful or not, it is stunning piece of work – immersive sheets of sonic wonder, falling somewhere between the work of Young, Ariel Kalma, Costin Miereanu’s Derives, and the subtlety of Eliane Radigue. A journey to be taken as much as heard, and a long time favorite of synth heads across the globe – leading to its early inclusion in the legendary Creel Pone catalog, not to mention one of my personal favorites, this marks the albums first vinyl release since its original issue. Wah Wah has only pressed 500 copies, so I recommend grabbing it before it’s gone. You can check it out below, pick it up from them direct, or from SoundOhm.