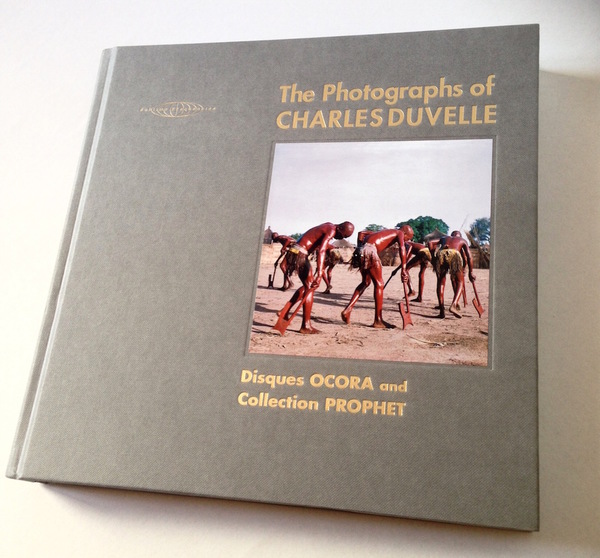 Music, as it exists in the world – be it an ethereal, fleeting experience or an object, is a gift. It carries the human spirit at its best and most generous – pieces of ourselves and our cumulative cultures – a window into being and who we are, shared willingly to the length that it is capable of traveling. When speaking of music broadly, there is no easy task. It is the most diverse and collective of the arts, built on the shoulders of those who have been, are, and will be. It belongs to no one, and could not be without the joining of countless hands.

In a capitalist society, we intuitively seek the individual – the totemic artistic voice, where genius rises above all else – ignoring history, and the many roles and efforts of those who bring music to our ears. This tale defies this impulse, modeled on an older and more natural ideal. It is a beautiful alternative, and another path.

Sometime in 2003, strange and remarkable sounds began to reach my ears – sonic fragments of Sumatra, Java, and Bali. They came via a new imprint called Sublime Frequencies. Rumor was, it had some connection to The Sun City Girls.  It’s hard to scratch back a decade and a half – to remember how different our sonic landscape was. While I had a few friends who were beginning to explore a vast canon of field recordings of indigenous traditions from around the world – albums which had largely appeared during the 1960’s and 70’s, it was rare to encounter non-Western music in record stores. The radical change we have witnessed in the years since – the bins now overflowing with astoundingly diverse sounds, began with the spark of Sublime Frequencies’ entry into the world.

The label, founded and run by Alan Bishop and Hisham Mayet, is a skeleton key. While, with a few exceptions, it almost entirely dedicated to recordings from the present day – field recordings of diverse musics from around the world, it is equally a means to unlock countless histories, and as such, an optimistic vision of what the future might be. There are an astounding number of contemporary realities which trace their roots to things which the imprint began, but in this context there is one which rises to the fore – the reappraisal of ethnographic field recordings from former eras, particularly those housed within the Ocora catalog.

The field referred to as ethnomusicology is complex. Developed as the study of all music as a social and cultural phenomenon, its roots trace to comparative musicology and “song collecting” in the 19th century. Academically, it rests as a subset of anthropology. In the most basic terms, as we understand it now, most credit its inception to Hugh Tracy, who began making field recordings of music in Africa during the early 1920s. Ethnomusicology is difficult to frame. As highlighted by figures as diverse as Bruno Nettl, Charles Duvelle, and Edward Said, it has tendency to operate as a lens for the outsider to look in. It is a Western framework, though which to observe the non-Western. This critique exists within a far more expansive discourse, largely defining anthropological and ethnographic study during the second half of the 20th century, and continuing today. What is important to recognize about the documentation of indigenous musics from around the world, particularly the bodies of which exist within catalogs of commercial recordings, those made by Hugh Tracy, Charles Duvelle, Hisham Mayet, and a number of others, is that most were not made by academics, nor for an academic context or consumption. The majority of these individuals recorded out of love for what they heard, and out of a desire to democratize the Western paradigm of sound, not to perpetuate the flaws of a colonial mindset or Orientalism. Of all the field recordists, no one has had a greater impact to this end – the democratization of sound, than Charles Duvelle.

Had we never encountered all the marvels which Duvelle brought to be, his life would still have made a fascinating book. Born in France, spending his early years in Laos, Vietnam, and Cambodia, before returning to France in 1946 – embarking on extensive study, and subsequently a career, as a classical pianist. During the 1950s, the young musician’s life encountered a fork in the road which has defined it ever since. Asked to work on a film soundtrack inspired by African music, but unaware of these sounds, he ventured to Radiodiffusion de la France d’Outre-mer (RFOM), which produced and archived radio programs for French-speaking Africa. The sonic encounters which occurred had profound lasting legacies. Duvelle was overwhelmed by what he heard – immediately recognizing the value of this music, and also that a great deal of it achieved, with far more beauty and grace, what many European and American contemporary and avant-garde classical composers where working toward. Duvelle’s early explorations were no easy task. The recordings were a mess, often of poor quality, and completely unorganized. In the end he was offered the task of bringing order to the chaotic archive. The ball had begin to roll.

What began as task, evolved into a job, which, after time, led to Duvelle traveling to a number of countries in Africa to assist with recording for local broadcast. He took photos of the sessions, and carried copies of the tapes home – eventually leading to his founding of Disques OCORA, the record label which changed the world – releasing hundreds of LPs into broad circulation, bringing the sounds of the world to everyone’s ears.

In 2003, at the time Sublime Frequencies first emerged, the output of Disques OCORA had fallen into broad cultural neglect. Few were interested in the music it had captured, and its output largely languished in the dusty, neglected, out of the way corners of second hand record stores. The curiosity which Sublime Frequencies sparked, allowed it to be seen and celebrated for what it was – one of the most remarkable bodies of recording ever made, and subsequently, as it stands now, among the most furiously collected. A fitting cycle, and proof of the power of art. It had been the efforts of Charles Duvelle, which had largely inspired Hisham Mayet to begin his own. 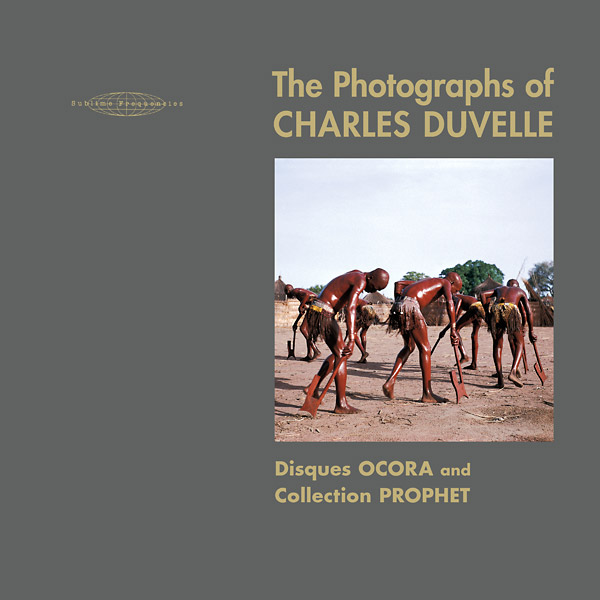 Beginning in the early 1960’s, a practice which he continues today, Duvelle took countless trips to nearly every corner of the world, recording extensively, and taking photos each step of the way. His photographic work, while often unrecognized, is know to everyone who has encountered to OCORA catalog – their beauty graces the most of the label’s lavishly produced sleeves. What few realized, is that were the tip of the iceberg – a hint of a complimentary, towering body of work, which stands in near equal value to the recordings he made. It is these photographs, most of which have never been seen, which make up Sublime Frequencies’ latest release, a stunning 296 page fine-art volume – The Photographs Of Charles Duvelle – Disques OCORA And Collection PROPHET. 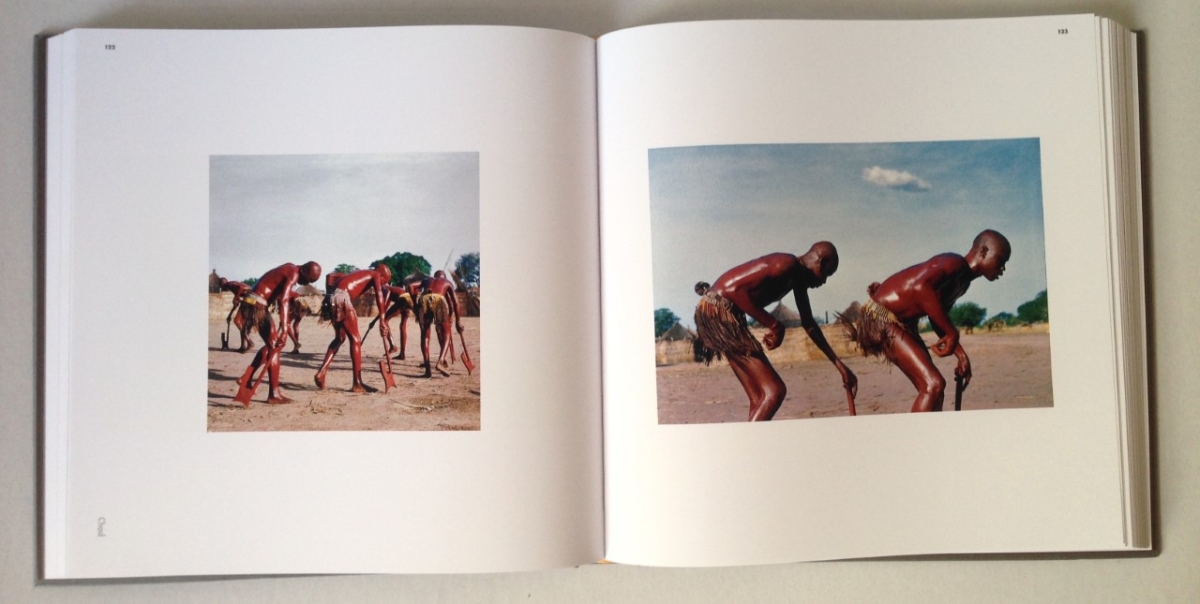 The book, assembled collaboratively by Charles Duvelle and Hisham Mayet, is among most stunningly beautiful constructions I have encountered in years – rippling with so much historical, cultural, and creative importance, that I find it hard to contain my tears. It is an emblem of the cross generational and cultural discourse I advocate with every breath, and as such, in my view, among the most important works to have emerged in memory. These are the companion images, long lost behind the sounds which so many of us have come to love – a vision of the makers, of their being and cultures – a face to the voice, creeping forward through time. 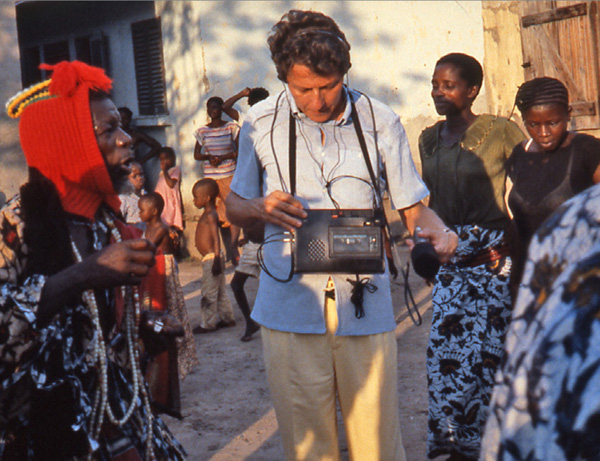 While it’s images are overwhelmingly beautiful, there is a crucial element to this assembly of artifacts – something which the Disques OCORA, as well as Duvelle’s later recordings which emerged under the banner of Collection PROPHET, were never entirely able to do within the singular character of their objects. The book links the world together through image – drawing connections via the unifying force of a lens. Equal in importance, though his figure rarely appears, we get a more clear image of the creator of this astounding body of work – of his movements through geography, experiences, interests, and personality. Where many of us have spent decades hearing the world through his ears, we are offered the rare chance to see it through his remarkable eye. 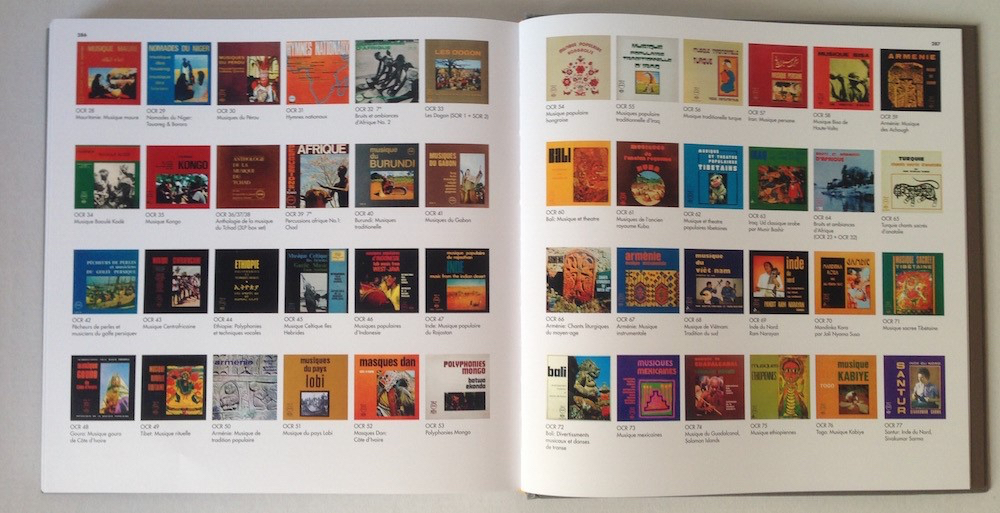 In addition to the book’s stunning 188 black & white and 58 color photographs, each carefully selected by Duvelle and Mayet from the regions surveyed during his time with OCORA – West Africa, Central Africa, Indian Ocean, Pacific Islands, and SouthEast Asia, it includes one of most insightful and fascinating interviews I have ever read (presented in both French and English) – brimming with insight, history, and the interplay of two brilliant and sensitive minds, both overwhelmingly engaged with bringing the many musics of the world to more ears – to enable their being heard, celebrated, and appreciated for what they are.  It also presents an invaluable complete Discography of Duvelle’s work with OCORA between 1959–1974, as well of as his work within the The Prophet Collection between 1999–2004 – all illustrated with full-color album thumbnails.  Perhaps most fascinating of all, it reproduces Eastern Music in Black Africa, a 17 page report prepared by Duvelle at the request of UNESCO in 1970, which in particularly poignant for its many complex insights into external regard for culture. If that wasn’t enough, it also includes two full-length CDs of archival recordings (some never before published) selected by Duvelle himself.

The layers presented by The Photographs Of Charles Duvelle, yet another stunning piece of work to emerge in the hands of Sublime Frequencies, are hard to grasp in a single go. Like all great art, it is an onion. It is a series of artifacts, made by a brilliant man over the course of his long career – images which illuminate his efforts toward bringing the sounds of humanity to all of our ears – to democratize our planet through its art. In the history of music, he is nothing short of saint, and this is but one of many relics. While offering unparalleled insight into his decades deep body of field recordings – into the many people, cultures, and sounds which he championed, there is something more to this object – a kernel of truth and a lesson for us all.

The book is not an object of the past. It lives and breaths in the present day, the product of two spirits – Duvelle and Mayet, working together to realize a dream. This dream, as with everything they do, has nothing to do with themselves. It is selfless collaboration as a means to offer equity, through sound, to all. Within the more discrete, it is the product of a remarkable generational cycle – Mayet’s work allowing Duvelle’s to reemerge and be celebrated for all its worth, and Duvelle’s offering history, context, lessons, and a path for those like Mayet, who have followed in his wake. Together they show the connections which bind us together. That despite difference and diversity, that there is far more we share. Theirs is an effort of profound generosity, for which the debt can not be repaid. This is less a book, and a more a lesson in how to exist in the world.

In my view, The Photographs Of Charles Duvelle – Disques OCORA And Collection PROPHET is as good as gets. Absolutely essential for anyone interested in music, ethnography, or the world beyond their own nose. An overwhelming piece of work. I bow my head. It’s available directly via Sublime Frequencies, or from any number of local or online book and record stores. Pick it up fast, I doubt it will be around long. You also can check out a sampling of the CDs below.

One thought on “on sublime frequencies’ stunning new volume, the photographs of charles duvelle – disques ocora and collection prophet, by charles duvelle and hisham mayet”