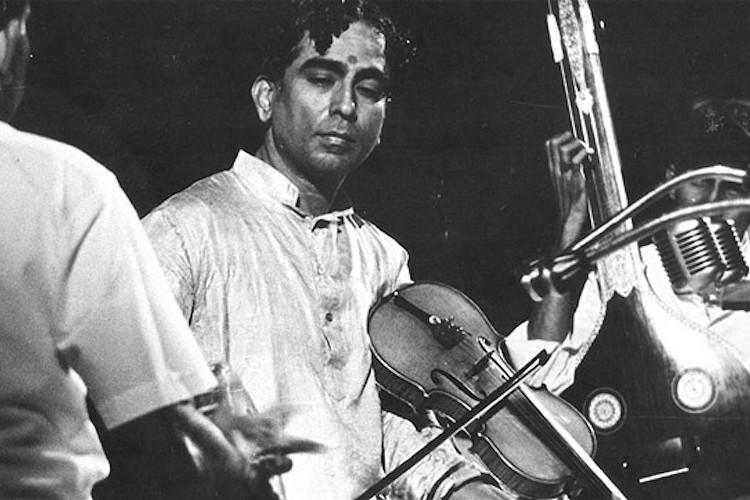 Often, when discussing my passion for Indian Classical music – attempting to offer entry into its remarkable traditions for others, I raise instrumentation. Particularly in my early explorations, this was a crucial vehicle for discovery.

By far the most well know instrument in the Indian Classical traditions, thanks in large part to the popularity and fame of Ravi Shankar, is the sitar, but, for this very reason – its presence in pop culture, it was an instrument which I almost exclusively avoided during my first years plumbing the depths. It was my quest for, and response to, other sounds, which illumined the path.

For most, it is the distinct instruments of India which offer its music specificity and definition – locating it – the sitar, sarod, sarangi, veena, tabla, etc. Beyond the fact that it doesn’t account for the complexity and depth of the music itself, this is a reasonable place to frame a beginners entry. That said, they are far from all there is. An accurate image of instruments in the Indian traditions, both historic and contemporary, is far more complex and dynamic.

One of the first things to acknowledge within Indian music is the similarity of some of its distinct instruments, to those of other cultures and traditions. There are two particular good examples through which to illustrate this – the santoor, and the nadaswaram (a slightly smaller version of which, being called a shehnai in the north). The use of santoor dates back thousands of years in India. There are arguments about whether it is of Persian or Indian origins, but the earliest mention of its use in in ancient Sanskrit texts from India. What is crucial, is the instrument’s resemblance to the hammer dulcimer which was extremely popular in Middle Ages Europe, and ultimately in American folk music from beginning of the early 18th century, onward. The Santoor is the root of all similar instruments which followed it, spreading from Asia and the Middle East, across North Africa, and introduced into Europe by the Spanish Moors during the 12th century. It is one of many rarely acknowledged lasting imprints of Indian music, in numerous other traditions. The nadaswaram is equally interesting. This double reed wind instrument is among the oldest in the Indian traditions – dating back to ancient times, and remains largely unchanged. It is also distinct because it has a deep presence in many of the different musics of the country – its classical traditions, religious ceremony, and celebrations such as weddings. Its closest relation is Mizmar, which among the most noted in Islamic music, but is also the ancestor of the modern oboe – leaving the imprint of ancient India, lingering below Western Classical music.

One of the most striking aspects of Indian Classical music, is its incorporation of instruments from beyond its borders – something it readily does. Generally the process of canonical acceptance is slow, transpiring over generations, but in some cases can happen through the genius of a single player (as was the case of the electric mandolin, with U. Srinivas). One of the most fascinating instance of this is  the violin, which was introduced into the country by the British during the early 18th century, and has retained a place in both the Carnatic and Hindustani traditions ever since. What makes this especially interesting, is that the violin descends from the ravanahatha, among the oldest bowed instruments on the planet, and of ancient Indian origin. Over the millennia, the ravanahatha traveled across the Middle East and Africa, evolving and adapting as it went, until a form reached Europe, further evolving into the violin, and then returning to India centuries later. The ravanahatha is also the ancestor of the sarangi and the esraj, two central instruments within the Indian Classical traditions.

When I began my exploration of the music of India, feeling along with my ears, some of my earliest love affairs were founded on two instruments – the sarod and the violin, as well as the tradition of Jugalbandhi, which brings two masters together in a duo. The literal meaning of the word is entwined twins. This post is an attempt to celebrate all three.

Jugalbandhi is fascinating for a number of reasons. It’s definition draws on the fact that its two soloists are equal footing. While any performance can feature two musicians, it is jugalbandi when neither is clearly the soloist or accompanist. Both musicians operate as the lead players, and a playful competition is often displayed  between them. This is something which is clearly exhibited in the following performances by Lalgudi Jayaraman and Amjadh Ali Khan. There is a playfulness and humorous sparring which is rare and makes them a special joy to watch – part of why I am posting them. Jugalbandhi is also fascinating because it is one of the ways we find players from the two distinct traditions coming together and collaborating. While a conversation between, or entwining of, two players, it can also be a conversation between, or entwining of, two cultures and histories. This is the case in these videos as well. Lalgudi Jayaraman belonging to the Carnatic tradition, and Amjadh Ali Khan to the Hindustani.

Both of these players have been among my favorites. I buy their recording on faith whenever I find them. In addition to their solo work, both had a long dedication to Jayaraman, but in the case of their work together, to my awareness, there is only one release which finds them working together in Jugalbandhi, making these performances that much more special. They are a wonder to watch, and worth every second spent with them. I hope you enjoy.