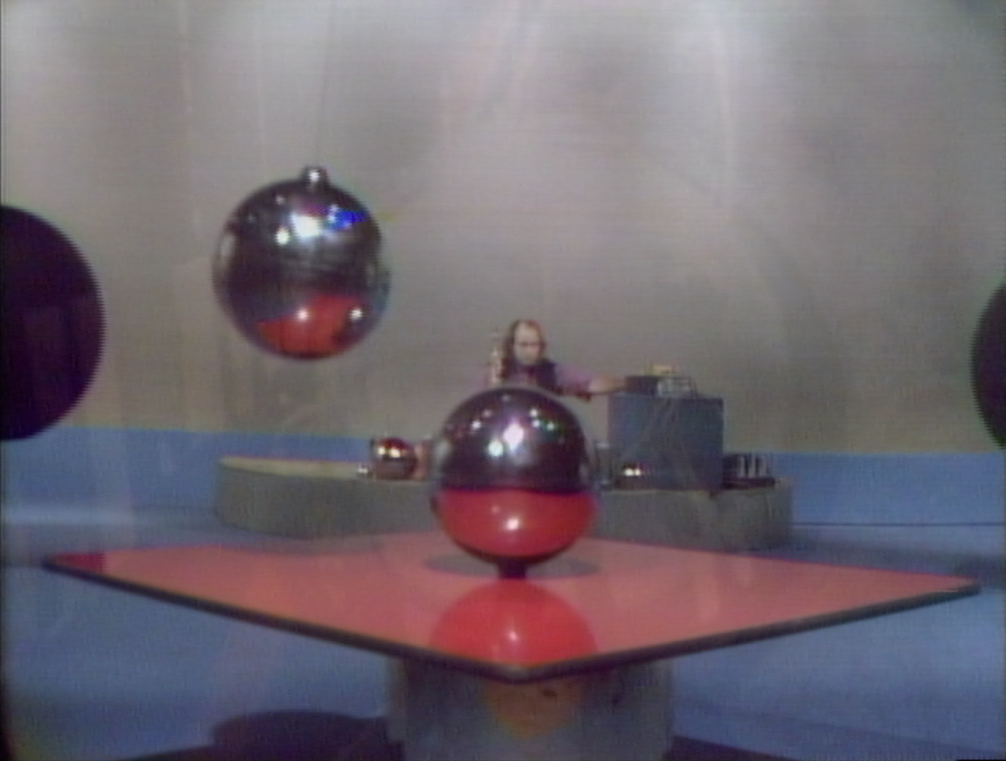 Years ago I read a reference to a video made for television in 1969 involving Terry Riley. It was called Music with Balls, and had been a collaboration with the sculptor Arlo Acton and director John Coney. Anything beyond that sliver of information, including any trace of the video itself, eluded my grasp. In the era of Youtube, I would occasionally search to see if anyone had uploaded it. At one point there was a minute long extract floating around, allowing me to catch a brief glimpse of what I had been missing, but the complete artifact remained out of reach.

A few months back, I noticed that the film had finally been uploaded, ending a years long quest. It didn’t disappoint. As far as my ear can tell, and forgive me if I’m wrong, it is a blending of two of Riley’s then most recent works, Poppy Nogood and The Phantom Band and A Rainbow of Curved Air. It encounters the composer performing in an enviroment of swinging balls constructed by Acton, with heavy psychedelic video mixing by Coney.

Music with Balls represented the premier of a series of 12 video works, aired weekly on KQED TV between 1969 and 1970, which was conceived and funded by Jim Newman with the Dilexi Foundation and produced by Coney. It was among the first efforts to present works created by artists specifically for television, and also included works by Robert Frank, Andy Warhol, Robert Nelson, and Frank Zappa, among others.

Beyond that, information is still scarce. I’ll let the video speak for itself. I hope you enjoy and it sticks around for a while.