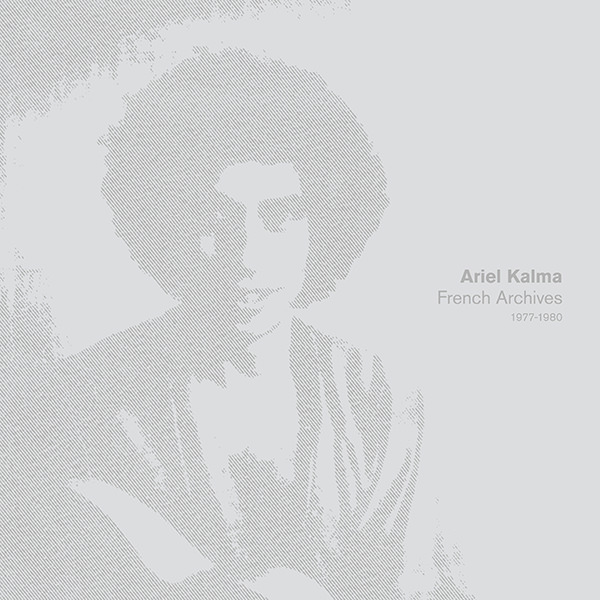 Note: This is amended and expanded version of a text, originally published by SoundOhm

Of all the labels working within the contemporary landscape of recorded music, the Milan based imprint Black Sweat is among the closest to my heart.  Since its founding in 2012 by Davide Domenichini of Al Doum & The Faryds, growing from his desire to place rare recordings and releases in a greater number of hands, they’ve assembled an astounding catalogs of works – so striking, that I started picking up everything they do on faith. What makes Black Sweat exceptional, is their effort to provide context and intertwined, temporality defying adventures in sound – those working in the field today, placed side by side with archival recordings, and historical works. After an incredible year with releases by Zeit, Telaio Magnetico, Gruppo Afro Mediterraneo, and DSR Lines, they’re back with what may be their most ambitious effort to date, a stunning four LP box set of previously unreleased archival recordings by Ariel Kalma.

The life and work of Ariel Kalma is a remarkable journey in sound – an emblem of the singular thinking that makes great art. Kalma was born in Paris, beginning to play the saxophone during his early years. His musical career was kick-started with tours and collaborations with Salvatore Adamo and Baden Powell, before beginning to venture out on his own, creating experimental tape pieces, and instrumental works. During 1974 he traveled to India, studying the country’s classical traditions, a journey which equally served as the foundation for his developing interests in meditation, drone, and minimalist music.

In 1975, Kalma began recording and self-releasing his own albums, the beginnings of an incredible body of work which stretches through the 1980s, collectively becoming the stuff of legend on the collectors market over the ensuing years. Historically, Kalma has been cast as a member of the New Age movement, which has foundations in truth. His work attempts to offer listeners a “mind cleanse”, but understanding the nature and proximity of his efforts is far more complex. A search for music’s connection to, and effects on, the body, mind, and spirit, is nothing new, nor is it limited to New Age thinking. These ideas trace through the millennia and countless traditions from across the globe, lingering below many of the efforts of the 20th century avant-garde, particularly within those of Minimalists like La Monte Young and Terry Riley. Kalma is better understood from this point of view – an avant-gardist, who looks beyond intellectualism and ideas, for the deeper, more intimate possibilities in sound. Subtle hints at the true proximity of his work might be drawn from the fact that he worked extensively at Groupe de Recherches Musicales, one of the great centers of avant-garde electronic music, and collaborated with a number of its artists.

Until around five years ago, beyond a small handful of serious record collectors and fans, Ariel Kalma’s legacy and music had largely fallen from view. He hadn’t released an album since 1989, and nearly his entire catalog had fallen out of print. What began as a sputtering momentum in a few corners of globe, gathered incredible steam in 2013 with Black Sweat’s reissue of his 1978 collaboration with Richard Tinti, Osmose. Ever since, the imprint has shown a remarkable dedication to the artist’s work, following it with lovingly produced vinyl reissues of his seminal works for the early 80’s, Open Like A Flute, Musique Pour Le Reve Et L’Amour, and Interfrequence.

French Archives 1977 – 1980, the lavish four LP box set, now emergign in the hands of Black Sweat, draws from previously unreleased recordings from one of Ariel Kalma’s most creatively rich periods. Divided under four headings – Sarasvati Planet Ariel, Planet Air, Ascend Descend and Astral Cathedral, the represented body of work was conceived as autonomous works, sculpting distinct sonic environments, as well as for applications within group therapy sessions for healing, trance and relaxation. When viewed as a single body emerging from the shadows of time, these lost recordings offer a remarkable revelation into the diversity of Kalma’s practice. With their ambiences, extended tones, and repetitive rippling melodies, most of the composer’s previously know work has offered easy connections to the efforts of the New Age Movement and to Minimalists like Terry Riley, La Monte Young, and Jon Hassell. The works contained within French Archives 1977 – 1980, display an even more diverse range – all so engrossing and of such a remarkable quality, that it’s an unquestionable sin that they have remained unheard for so long. 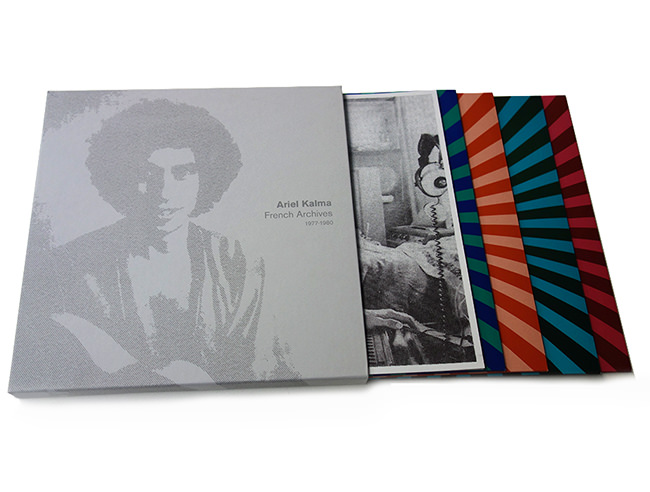 While the works of French Archives 1977 – 1980 rest comfortably within Kalma’s standing body of work, they do offer an interesting window into the rumblings working within the cultural consciousness of the time – a reconciliation of the fading optimists of the hippy dream. There is a subtle darkness within, not always explicit, but there, laying in wait – peaking through the ambiences with dystopian synth lines. The LPs Sarasvati Planet Ariel, Ascend Descend and Astral Cathedral all dance with, and push the territory for which Kalma is best know – works stretching from harsh abstract electronics, sublime done, and rippling melodic works for synthesizer, organ, and other acoustic instruments, in this case straying considerably closer to the efforts of ambient Krautrock pioneers like Tangerine Dream and Popol Vuh – bridges between popular culture and the underground. Most startling is Planet Air, opening a realm of Kalma’s explorations which has remained almost entirely unknown. Drenched in brittle electronic rhythms, images of dark and futuristic clouds gather over Paris, offering moments far closer to the Berlin School of electronic music, than anything we’ve heard from New Age or Minimalist music.

French Archives 1977 – 1980 is a crowning achievement on Black Sweat’s long and loving dedication to Ariel Kalma – lavishing produced, while artistically engrossing and full of revelations which expand what we know of the composer and bring him into a new view. Absolutely stunning on every count. Unquestionably one of the most beautiful and important releases of the year. You can check it out below, and pick it up from Black Sweat, SoundOhm, or a record store near you.