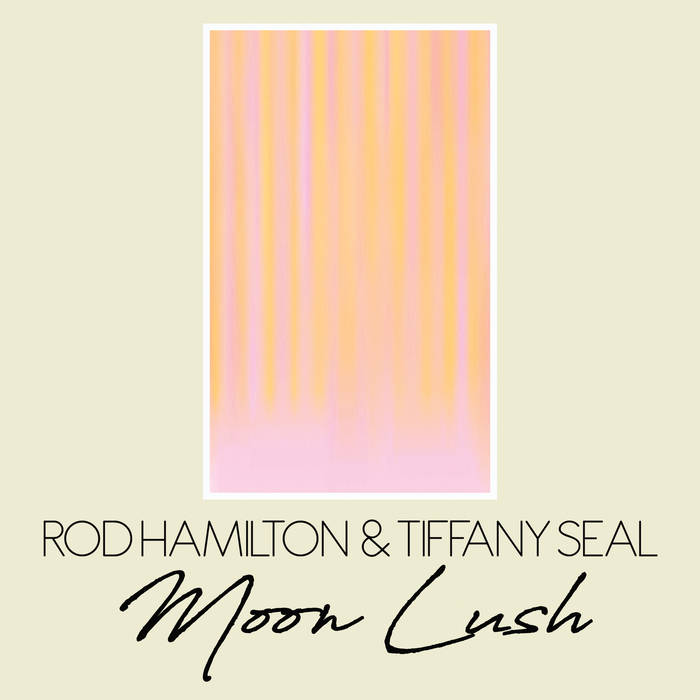 Beginning as a remarkable online resource, promoting the neglected history of the New Age movement, in 2016 Sounds of the Dawn made the noble leap toward becoming a full blown record label. Given the nature of the site, it was easy to assume that the label would focus its energies in similar areas – on reissues of lesser known gems from decades past. Instead they took the hard path, forgoing the inbuilt audience and cache of historic works for contemporary efforts by young, largely unknown artists. Since their debut with Hybrid Palms’ Pacific Image, the imprint has issued a half dozen cassettes, each startling, singular explorations of the psychic potential of organized sound – reactivating a landscape of practice,  once lost. While I have consistently championed their efforts, and loved every one of their releases, their most recent – Moon Lush, by the Baltimore based duo of Rod Hamilton and Tiffany Seal, has rapidly become an unquestionable favorite.

Hamilton and Seal issued a fantastic cassette on Ehse Records in 2016, and Hamilton has released a few equally notable solo efforts over the last few years. Beyond that, I know very little about the duo. While their previous release, Versatile Ambience, was largely focused on the construction of slow progressing dreamy ambience, Moon Lush encounters them shifting toward their focus toward hypnotic polyrhythm.

Long interpreted as the consequence of hippy self-indigence – a syrupy, inward movement responding to the loss of innocence and idealism which developed at the end of the 1960’s, New Age music’s role as a counter-cultural music, with deep connections to the avant-garde, has been almost universally overlooked.  It is this crucial component, illuminated by the revaluation of the movement’s historical artists and works, with the rise of a new generations of practitioners, which appears with crystalline clarity through efforts like Sounds of the Dawn – as a blog as much as a label, and which is central to the sounds assembled across Moon Lush.

Challenging similar rhythmic territories to those explored by Steve Reich and Midori Takada – in this case through (seemingly) synthetic means – pulsing, intertwined polyrhythms, threaded by flowering synthesizer melodies, imbued with just enough tension to keep the ear on edge, Moon Lush is a stunning and rich assembly of sound – an elastic lens, linking the past with those infinite possibilities held by the future. It is the sound of a new, optimistic underground music – a blossoming sonic counter-cultural hybrid, which, through its references, links countless musical traditions from across the globe, with the histories of avant-garde Classical Music and New Age, reforming them into an entirely contemporary territory of sound.
While Hamilton and Seal have assembled an immersive territory of sound which can approached and enjoyed on those terms alone, it is the dynamics – the patchwork of sonic proximity, which pushes Moon Lush toward the higher plane. Offering challenge and escape for a darkening age – one where innocence and optimism is once again hard fought, this has become one of my favorite cassettes of 2017. Tense and ecstatic. Hats off to the duo, and, as always, to Sounds of the Dawn. You can check it out below and pick it up from the label of a record store near you.
-Bradford Bailey
Rod Hamilton & Tiffany Seal – Moon Lush (2017)