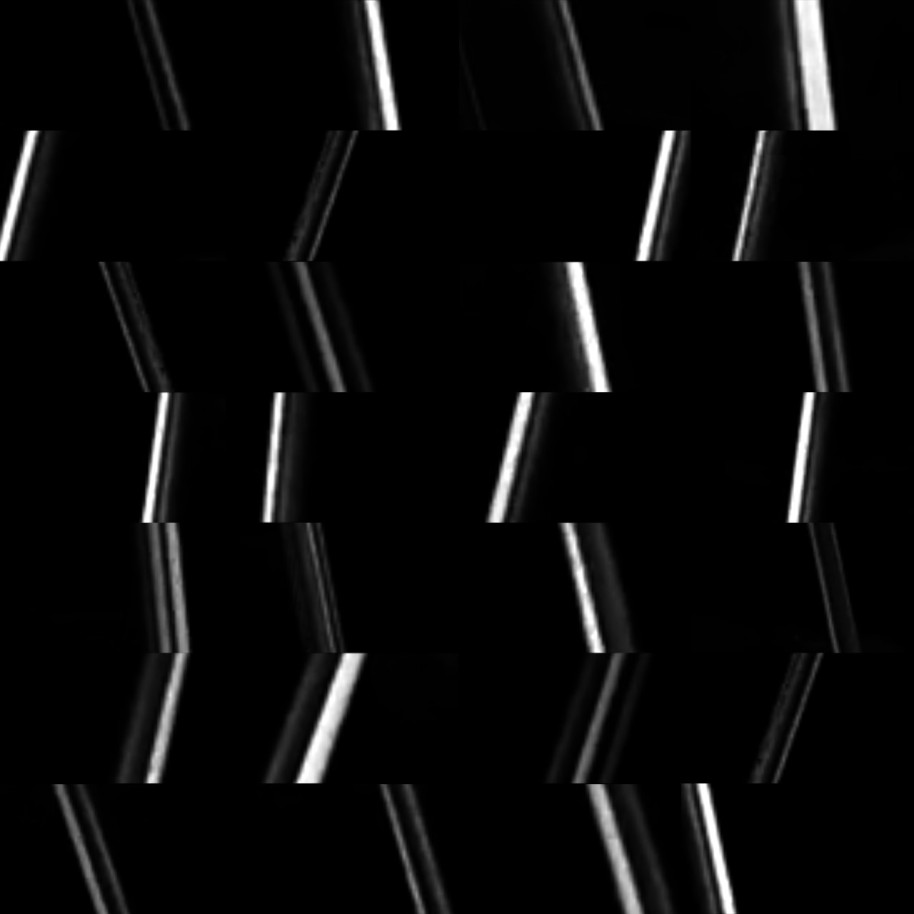 Back in mid-January, New York based artists Samara Lubelski and Noah Wall joined forces at Commend for a performance of structured improvisation – part of the shopfront outpost of RVNG‘s initiative to present singular live events, in addition to all their other ambitious activities. Lubelski and Wall’s collaborations date back to the early 2000’s, working together within the seminal project Tower Recordings, a band which spawned and inspired so much creative ferment that it’s nearly impossible to calculate. Over the decade and half since, both have spun their webs out into the world, Lubelski becoming a widely heralded solo artist, with Wall, in addition to his musical pursuits, recently coming to note for his Grotesque Tables II project, a departure from Brian Eno’s iconic Oblique Strategies card set, creating anagrams from Eno’s original prompts, activating an entirely new realm of possibility with fifty new ones.

Scores Suit, the work which Lubelski and Wall realized at Commend, departs from Scores, Wall’s second edition in the series, which, rather than prompting texts, deploys the notion of anagrams to generated fifty unique scores – lifting and sequencing letters from the cards of Oblique Strategies which double as musical notes – A, B, C, D, E, F, and G,  using the remaining letters to form a complimentary, accompanying word or phrase. On it’s own, it’s an elegant and brilliant idea, departing in the spirit of Eno’s hope to activate a free and unmediated creativity. Given the striking result which emerged in the hands of Lubelski and Wall, the project clearly has endless, remarkable possibilities.

A few weeks back, Wall was kind enough to ask if I’d be interested in premiering a film he’d made of Scores Suite, comprised of footage shot by Robert Mizaki and audio recorded by Barry Weisblat, during the performance at Commend. The result is a beautiful, warbling, droning expanse of sound and image, featuring Lubelski on violin and Wall on khaen – as delicate and intimate as it is solid in form. I happily agreed. Without further adieu, I give you the premier of Scores Suite, with the hope that you sink in and enjoy all the glories it holds. Below the film, I’ve included the texts featured on the five cards from the Grotesque Tables II Scores deck, which Lubelski  and Wall drew, sequenced, and used as frameworks for improvisation.