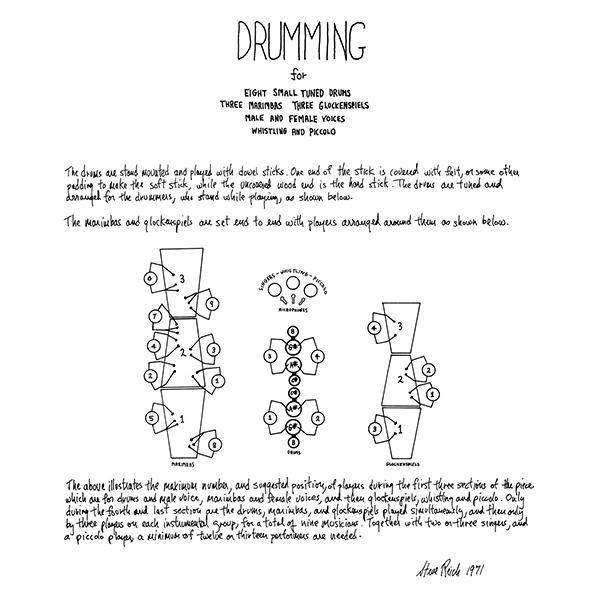 For many years, I applied a simple logic regarding where to drop the big money on records. If I could imagine it being reissued, I’d generally wait it out. Every penny is precious when you have an appetite like mine. During the very late 90s and early 2000s – those years during which the first hints of vinyl revival began, this was pretty easy to anticipate. Obscure psyche, iconic punk and post-punk, heavily sampled albums from canon of soul and funk, jazz classics and certain threads of blues and folk were all pretty good bets. Over the next decade the breadth gradually widened, but it was still pretty easy guess what might come. As a result, my deep digs and wallet draining drops became increasingly became focused on experimental music and free jazz. No one could anticipate fully sanction, beautiful produced vinyl reissues of this music. The audience didn’t seem big enough to make it worth while. But, over the last few years, particularity because of labels like Superior Viaduct – intent on growing an audience rather than simply serving an existing one, all bets have gone off. My stand-by logic is dead in the water. I have no idea what to wait for or buy. It seems like anything is fair game, no matter how left-field, radical, or obscure. One after another, rare and remarkable avant-garde LPs have flooded into the light, garnering a remarkable amount of attention and praise, building new fans as they go. It’s a truly beautiful thing to behold – entirely rewriting history, undermining the mainstream industry’s hold on who and what gets to be heard and why. Among the greatest instances of the this phenomena is the unexpected reissue which stands before us now. Initially issued in tiny, signed and numbered gallery edition of 500, few even know it exists. It’s among the rarest of the rare – a record I spent years hunting for before finally tracking down a copy – the first recorded realization of Steve Reich’s iconic Drumming from 1972. Once again in the loving hands of Superior Viaduct, another rare gem from the history of the avant-garde is back from the depths. It’s nothing short of a momentous event.

Within the history of Minimalism, there are few works as iconic as Steve Reich’s Drumming – often regarded as one of the most important musical works of the last century.  The well known version was issued by Deutsche Grammophon in 1975, part the three LP box set, Drumming / Music For Mallet Instruments, Voices And Organ / Six Pianos. Few knew it was recorded once before in 1971, released the following year by John Gibson and Multiples inc (Gibson was first director of Park Place Gallery, opening his own gallery in the early 1970s) in an edition of 500. It came signed and numbered by Reich, with the accompanying score (also signed and numbered), and is about as rare as records come. The stuff of dreams for collectors like myself.

But, as easy as it is to fall prey to the rarefied object and fetishes of the collector, and as beautiful as it is, the John Gibson edition of Drumming stands apart because of the music itself. The recording is a window into the work’s very beginnings, documenting the third staging of its premier at Town Hall in NY. Featuring Reich performing with an incredible cast of collaborators – Art Murphy, Steve Chambers, Russ Hartenberger, James Preiss, Jon Gibson, Joan La Barbara, Judy Sherman, Jay Clayton, Ben Harms, Gary Burke, Frank Maefsky and James Ogden, particularity compared to the Deutsche Grammophon recording, its realization appears remarkably organic, raw, and clear – immersive, transfixing, and almost as though you’re in the room. There’s an immediacy and a sense of urgency which is rare to encounter anywhere in recordings of Reich’s work.

Drawing heavily on his studies of African percussion in Ghana during 1970 and Balinese gamelan music, Drumming is a culmination of Reich’s investigation into rhythmic phase relationships – a revolutionary gesture in polyrhythm, sculpting a new sonic territory, illuminating the radical potential of Minimalism as he went. Written for for eight small tuned drums, three marimbas, three glockenspiels, piccolo and voice, for my money, the works is about as good as anything gets, and it’s first recording – never before reissued on any format, made shortly after it was composed, is the incomparable best.

Of course Superior Viaduct’s edition doesn’t come with the score, nor is it signed and numbered by Reich, but it does have its deep advantages. The original pressing isn’t great, and the label has taken great pains to carefully remaster their release from the original master tapes, making it far better than the first.

Clattering, open, and arguably the best recording ever made of a work which needs no introduction – among the most important compositions of the last hundred years. Superior Viaduct has done it again, rescuing a seminal piece of history from loss, neglect, and obscurity. We all owe them a great dept. Available as a CD and as a double LP reproducing the original cover art, this one is as important as they come. You can check it below and pick it up from Superior Viaduct or a record store near you.