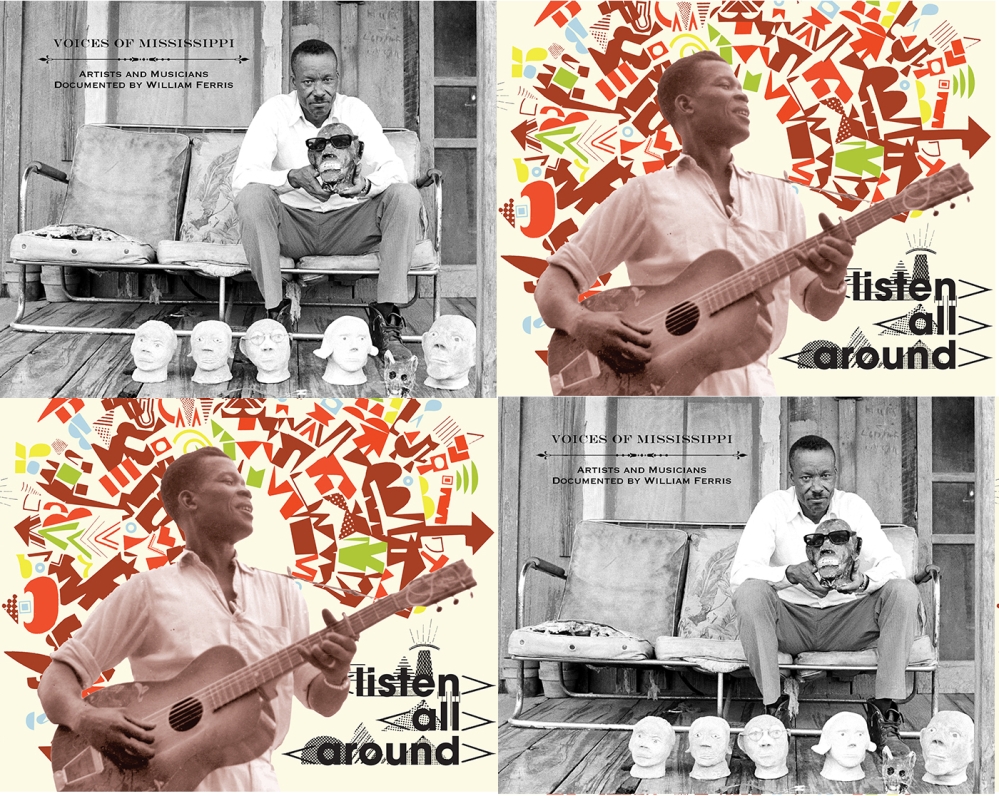 The time has passed with the blink of an eye, but 15 years ago witnessed a quite rumbling within the musical landscape – the first sprouting of the broad approach to culture, which has since flowered into full form. That rumbling was provoked by a sprawling six CD survey, thematically organized, of historic recordings, documenting devotional music from the American South – complete in cedar box, accompanied with a book of Bible verses, lyric transcriptions, and extensive notes for each track, with a real kicker – it was all packed in raw cotton. Not only did Dust-to-Digital’s ‎debut – Goodbye, Babylon, raise the bar of our understanding of what musical releases could be and take on, but it laid the groundwork for how countless labels have pursued their place in our landscape, not the least of which being its own.

In the tradition of the great folklorists, Dust-to-Digital’s efforts are guided by a hope to promote greater understanding and appreciation among the people of the world – to shine light into the shadows, bringing the voices of the few to the many. It isn’t just about great music. There’s politic to what they do. Over the last decade and a half, they have assembled catalog like few others. Their explanatory texts and accompanying materials are often so extensive that the music regularly comes tucked inside of beautiful books. With material generally drawing on, or contending with, a diverse number of global folk traditions, the imprint has sculpted a model of musical democracy and scholarly approach – a space for conversation, interplay, and historical reconstruction. Rather seeking to fill a demand, it has built an entirely new market and standard in its wake. The imprint’s latest two releases – Voices Of Mississippi: Artists And Musicians Documented By William Ferris, and Listen All Around: The Golden Age Of Central And East African Music, both vessels of incredible music, as well as being stunning objects and scholarly efforts unto themselves, ‎are near perfect realizations of the imprint’s astounding heights. 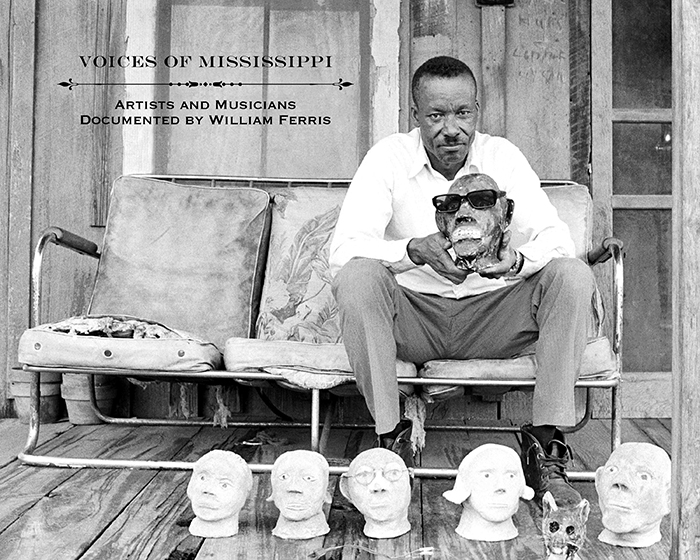 Voices Of Mississippi: Artists And Musicians Documented By William Ferris (2018)

These days, field recording tends to be associated with artists capturing the sounds of the natural world – sometimes presented as freestanding documents, others as manipulated or processed material within a larger work. But, for most of its history, this idiom had slightly different aim – to document and capture the sounds of humanity, particular traditions of folk music before they disappeared.

The roots of field recording are old, some aspects of which begin long before the advent of magnetic tape – first taking form form on paper, then wax cylinders, and shellac, and a little later on spools of magnetic wire, born by the hands of outright capitalist, amateurs, folklorists, anthropologists, and ethnographers, all of many different shades and being fed by different streams.

The practice of recording music in the the field developed from two primary contexts – the 19th Century tradition of song collecting, largely developing in the hands of amateur folklorists, which witnessed the transcription of a great many indigenous folk traditions for the first time, and the early decades of commercial recording industry, during which commercial recordists capturing localized traditions, for releases as 78rpm discs within those respective markets, often in situ (the mechanisms of recording tended to travel to the artists, rather than the other way around). That said, as it has come to be understood, the practice arguably begins in two places – Hugh Tracy’s arrival in South Africa during the early 1920s (which we will get to shortly), and in June of 1933, when John Lomax set out with his son Alan to record and document folk musics in the southern United States. Tracy and Lomax represent the beginning of two of the most important bodies, carried on by a great many others, of research, documentation, and recording within the field of ethnomusicology – those which capture the musics of Africa and the Southern United States. Voices Of Mississippi, stretching over three CDs and a DVD, drawing on the extensive body of recordings made by William Ferris over a number of decades, belongs to the legacy of the later

William Ferris enters the fray during the 1960s and 70s, which was an interesting moment in the history of field recording and the collecting of folklore. He belongs to a generation of lesser known figures like Art Rosenbaum and George Mitchell, formed in the shadow of recordists like Alan Lomax and Harry Oster, at a moment during which a great deal of the attention began to look in other directions. They embarked on nobble work and toiled, but their efforts were rarely heard.

The relative obscurity of field recordists following in the wake of Lomax and Oster has complex origins, not the least of which being the nascent movement’s connection to 1950’s and 60’s folk revival. While America’s counter-cultural youth looked for authenticity, championing the work of figures like Lomax and Oster, their bible and guide was very often Harry Smith’s legendary Anthology of American Folk Music, entirely drawn from recordings made by the recording industry during the 1920s and 30s. The six LP set (in three volumes) sent a whole generation searching the American South, not to document, but to find the artists themselves and pull them onto the stage and into the studio. As noble and wonderful as they were, the gravity these reemergences pulled the attention and interest away from the documents and field recordings created by folklorists. Finally, after all these years, what Fat Possum’s 2008 X45 “7 collection did for George Mitchell, and Dust-to-Digital’s previous collection, The Art of Field Recording, did for Art Rosenbaum, Voices Of Mississippi does for Ferris. It is long overdue. His work is stunning and beyond measurable value.

William Ferris is one of the great successors of Alan Lomax, who, like his predecessor, has been driven for a deep love for Southern African American culture, capturing it through as many mediums as he can – print, sound, film, and photography. Like Lomax, he also began at young age, documenting the artwork, music, and lives of the people on the farm and the local community around the farm in Mississippi where he grew up. In the decades since completing his studies he has recorded, filmed, and photographed extensively, taught at numerous universities, authored ten books, and founded the Center for Southern Folklore in Mississippi and Center for the Study of Southern Culture. Needless to say, he’s been busy, something which Voices Of Mississippi takes great strides toward illustrating. Comprised of stunning 120 page hardcover book assembled by Ferris, with addition writings by Scott Barretta, David Evans, and Tom Rankin, two of the CDs of blues and gospel recordings made between 1966 and 1978, a third of interviews and storytelling recorded between 1968 and 1994, and a DVD featuring documentary films shot by Ferries between 1972-1980, in the world of American Ethnographic field recording, it’s about as seminal and important as contemporary collection can get.

In my own life, probably not unlike the original impulse which spawned the original 19th century song collectors, field recordings made in the American south, when I first encountered them, represented a revelation – a return to the honest potential and directness of music’s connection to the human spirit – an illumination of the fact that it could exist and be made in profoundly moving ways on a back porch or anywhere else – all out of reach of the clutch of capitalism. Through it’s fifty three pieces of music, films, and twenty six spoken pieces, this is exactly where Voices Of Mississippi returns the mind and heart – to the truth of the human spirit and cultural memory, delivered by the power of sound and music. It is honesty incarnate. There isn’t an ounce of artifice. In the canon of Southern field recording, what Ferris captured over his decades of work is as good as any music anyone is ever likely to hear – Piano, harmonica, violin, and guitar Blues, wild and wonderful a capella, and a full range of Gospel’s many realizations. Filled with profound spirit, humanity, and power, it hard to find words for the importance of Dust-to-Digital’s collection. In more ways than one, it’s one for the history books. You can check out some samples below and pick it up from them directly, from Forced Exposure, or a record store near you.

Voices Of Mississippi: Artists And Musicians Documented By William Ferris (2018)

Listen All Around: The Golden Age Of Central And East African Music (2018)

Before there was John or Alan Lomax, before anyone else, there was Hugh Tracy – the fixed point at the origins of the entire field of ethnomusicology. Tracy was Englishman who, during the 1920’s, was pulled out of university by his mother, due to perceived of laziness, and sent to work on his brother’s farm in South Africa. When he arrived he was overwhelmed by the traditions of local music which surrounded him. Upon realizing that his enthusiasms where not shared, but  actively discouraged by the population of European decent – confounded by the indifference, scorn, and the belief that anything “non-western” was primitive, believing so strongly in the importance and beauty of what he heard, he set out to actively destroy those beliefs by documenting and recording what he heard. Thus, beyond their profound value as documents and what they gave birth to through those who followed his example, Tracy’s recordings are imbued with a profound love of humanity, as well as social and political conscious. In the history of recorded music, there few gestures so important or profound. They are a celebrations in sound.

Until his death in 1972, Tracey vigorously recorded everything he could across the entire continent of Africa, documenting countless musical traditions that are now lost, and of which, without his efforts, we would have no record. Particularity given that there was no precedent for what he was doing, he was working under his own stream, and the difficulty in getting to many of the locations he reached, the fuel of his hopes and ambitions, with what he accomplished, is overwhelming. It’s hard for me to think of a single figure in the history of 20th century music or recording who made a greater or more selfless contribution than he did.

Most serious fans of African music will likely know both Tracy’s name and the music he recorded. It first began emerging on a series of LPs issued by Decca in the 1950’s and has continuing to do so on a number of different labels (and formats) over the decades since at a fairly steady rate. There are a lot of them, but few make direct nod to man who devoted his life to capturing these sound, and given that (as far as I can tell from a glance) Dust-to-Digital’s collection is mostly comprised of previously unissued recording, this is incredibly necessary addition to the catolog. Listen All Around, created in partnership with the International Library of African Music, is is filled with two discs (and a beautiful book) of incredible music, most of which is rumba and its variations – Congolese rumba, dansi and benga, made by Tracy between 1950-1958, in central and eastern Africa — specifically, the Belgian Congo (now the Democratic Republic of the Congo), Kenya, Tanganyika and Zanzibar (now Tanzania). It’s pretty stunning stuff – an immersive window into the sounds of Africa n another era, and into the man who first brought it to our ear. Totally essential for any fan of African music or field recording at large. A celebration of the multifaceted power of sound.  You can check out some samples below and pick it up from them directly, from Forced Exposure, or a record store near you. Hats off to Dust-to-Digital once again for all their incredible work. The world, in these dark times, is better place because of what they do.

Listen All Around: The Golden Age Of Central And East African Music (2018)