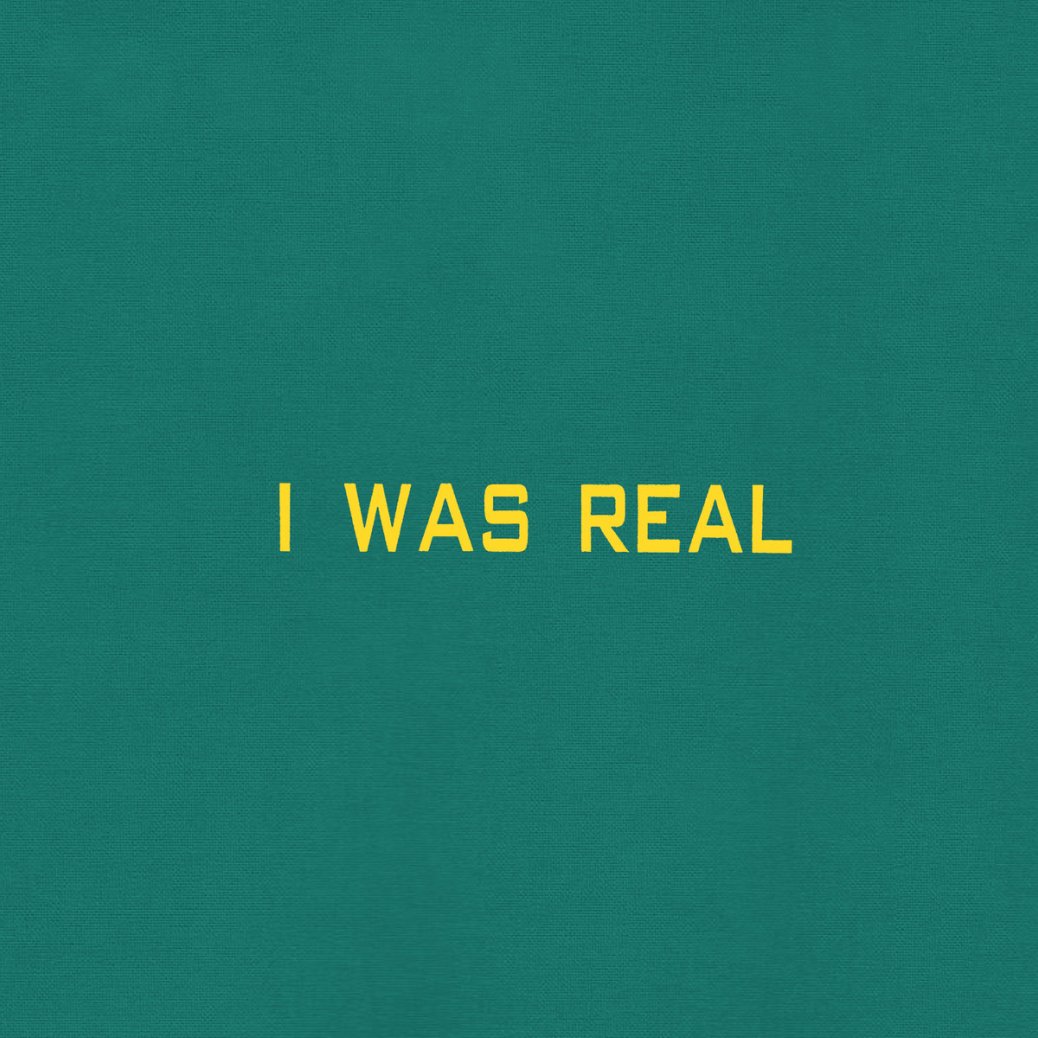 The notion of objectivity, within criticism – that anyone might possess the faculties of mind to sublimate the subjectivities of self – should be dispelled. It does a disservice to the overwhelming passion that places a critic in the room, provoking us to commit word to page. To view us with any significant distinction, beyond the resonance of taste and the desire to outwardly respond to what we encounter, is absurd. We are indicators. Advocates. Spotlights in the dark. The impassioned, remodeled as storytellers. It is our love for a context, the objects within it, and the effect of our experiences, that compels us to speak. Like anyone else, we victims of the heart.

Love and experience are navigated within the soil of subjective memory, and memory – in this case my own – is impossible to extricate from the elastic lines of modal guitar, and the complex polyrhythms, hammered from a plywood box, of 75 Dollar Bill’s latest LP, I Was Real – their sixth full length, and second with Thin Wrist and Glitterbeat. The band is among my favorite among those working today. Long before the needle dropped, I knew the record by heart, having, a near countless number of times, encountered its songs unfolding before me live. Above all, the project’s two primary members, Che Chen and Rick Brown, occupy an intimate place in my heart. We share experiences, memory, and a place in each other’s lives. I rank among the project’s earliest fans – standing within audiences whose numbers could be counted on one hand – helping them load in and out, or hang the patchwork tent under which they played some of their break-out shows. I was even in Morocco, texting Che over the border in Mauritania, shortly after the quarter tone frets where banged into the guitar which would help define their sound.

Though I was still living in London during the autumn of 2012, when the duo took their first steps into the public eye – a muted racket leaking from the back room of a Brooklyn bar, my friendship with Che Chen dates back to 2003, when he walked through the door of my loft in Bushwick. Despite having spent many of the years since in different corners of globe, he remains among the important people in my life. Startlingly brilliant and inspiring, his rigor, passion, and integrity, whether through his pursuit of knowledge, conversation, music, or his endeavors as publisher via O Sirhan, O Sirhan and Black Pollen Press, continuously raises my own bar, in much the same way that Rick Brown has done for him over the last seven or so years.

The accent of 75 Dollar Bill into a larger global consciousness has been remarkable to behold. Their success is hard earned and well deserved. For once the music wins. Because I know both members well – Rick becoming a fast friend through Che, the subjective fruit of intimacy gives way to objective truth. The band’s power rests in overwhelming honesty. Their sound was not consciously conceived. It is responsive, conversant, and evolving – born and reborn – stripped of artifice – the product of two (or more) distinct voices and sets of experience – Che’s time spent laboring in New York’s experimental music scene since the early 2000s, working solo as well as in numerous collaborating with Tony Conrad, Keiji Haino, Jozef Van Wissem, Robbie Lee, Tetuzi Akiyama, Chie Mukai, Aki Onda, Tashi Dorji, and many others, and Rick’s roughly 40 years as a driving force within the city’s genre defiant regions, given vehicle by seminal projects like Run On, Fish & Roses, and Timber, not to mention the incredible percussion project, Les Batteries, with Charles Hayward (This Heat / Camberwell now) and Guigou Chenevier. Like the city from which it sprang, their band gains distinction through a pure form of hybridity – a meting pot, equally balancing the its elements and the experiences which brought them to be. Theirs is human music, tapping that unnamed fundamental at core of the impulse to express and commune through sound – ecstatic – of the mind, as much as the heart.

As such, 75 Dollar Bill is an inevitable product of the fluid elasticity of the band. Particularly at gigs close to home, the ensemble regularly expands and contracts to include a cast voices from the city’s various scenes – making its sound, and thus what the band is and does, difficult to nailed down. Many have tried. As many have failed. The moment you think you know what you’re hearing, it quickly becomes something else – a product of endlessly colliding influences and musical worlds. If for this reason alone, the sound represented across I Was Real may make it their most compelling, honest, and accurate record to date – the truth of their spirit made real – the ethereal unknowns of who, what, and where – which far too few have, until now, been able to hear.

The culmination of a four year recording process, encountering the duo of Chen and Brown joined by Sue Garner, Cheryl Kingan, Andrew Lafkas, Karen Waltuch, Jim Pugliese, Barry Weisblat, Steve Maing, and Carey Balch, taking various configuration across the album’s four sides, I Was Real plumbs remarkably emotive depths, shifting between a tension and release, moving the ear from slow sway into whirling dance. The sound is immersive – a space to get lost – its structural complexity masked by repetition and the elegance of extended tone – each highly individual voice joining the collective, pushing upward toward ecstatic heights – the cycling lines of quarter tone guitar and rhythms doubled and tripled by bass, saxophone, viola, and great deal more.

Arguably more than other feature, as it progresses, I Was Real emerges as a complex intervention with the very location and categorization of music itself. At first listen, it appears within the guise of familiarity and the nameable – a joyous and accessible, not to mention much needed, update on the worn idiom of rock & roll. But this is the music of another consciousness, loyal to no genre, culture, geography, or time. It is, in many ways, an aural manifestation of the triumphant spirit of avant-garde – a universalized language existing in real time, founded on a belief in the social potential of great art. This is experimental music – the result practice and ideology over the signifying aesthetics of a sound, existing beyond the terms of how we generally allow ourselves to acknowledge such a thing. As such it returns the ear to the rare triumphs from which all great music is born. It is the sound of experience, history, heart, and hope. As all great music should be, both inwardly and outwardly, it is a conversation among friends, which, for this writer, exists beyond the bounds of objective truth.