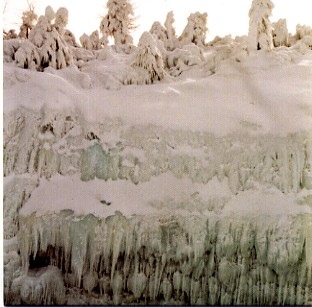 In some circles Collin Olan’s Rec01 from 2002 has iconic status. It’s a seminal work in the territory which bridges sound art and field recording – meaning that the vast majority of people are completely unaware of its existence. While I was writing yesterday, a tangent of thoughts brought it back into my mind.  I listened to it for the first time in many years, was instantly reminded of how wonderful it is, and concluded that it deserved some focus.

Collin and I went to school together at The School of The Art Institute of Chicago. It was an incredibly demanding institution which didn’t allow for much of a social life. If our paths crossed during those years, we certainly didn’t know each other well. We both moved to NY around the same time in the early 2000’s, found ourselves in the same close knit circle, and became fast friends. He’s a brilliant guy, with one of the most generous spirits I’ve ever encountered.

Rec01 is a brilliant piece of process based Conceptual Art. It was recorded by two contact microphones frozen inside of a 10″ x 10″ block of ice. It documents from the point the ice was submerged in water to the conclusion of its melting process. Beyond placing the ice in water, there is no intervention with the object or recording. It is what it is. The results are surprising, meditative and beautiful. You’re transported into the discrete world which lies beyond access to the human ear, and into the mind which instigated the process. After it’s release in 2002 on Apestaartje (founded by Brendon Anderegg and Koen Holtkamp of Mountains) the work received wide acclaim, and subsequently was given note in Nicolas Collins’ iconic text Handmade Electronic Music: The Art of Hardware Hacking. As the years went by, with raised eyebrows, we would all inquire with Collin when the next record was coming. Everyone wanted to hear more. He’d mumbled something under his breath in response and begin his (metaphorical) climb up the wall to escape. Like it often does, life offered a different path, and that new record never appeared. As with so many other great artists, we’re left with a singular work, and maybe that should be enough.