Ellen Fullman is one of my favorite artists in the second wave of Minimalism. Her 1985 album The Long String Instrument is one of the most beautiful and engaging documents from any of the movement’s eras. It’s stunning. In my circles it was always one of those coveted holy-grail records – pressed in low numbers nearly a decade before our discovery of it and nearly impossible to find. 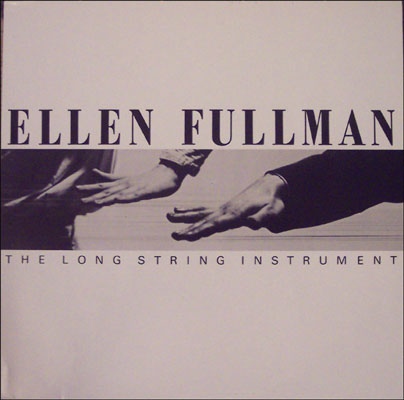 Fullman began her life and studies as a sculptor. As is often the case, the creative spirit and ingenuity of visual artists is well-applied to the world of sound. Though she had made music prior to moving to NY, after she arrived in the early 80’s she began experimenting with new ways to achieve otherwise elusive sonorities, and built her first “long string instruments”. To create the sound and duration she desired, Fullman stretched a series of (approximately) 25 meter, carefully tuned wires from one end of her studio to the other. This instrument has been central to her practice ever since. It is played by dragging rosined hands along its length. What she achieves is both familiar and unlike anything you’ve ever heard. Fullman’s music is built around drones. Though this has become a well traveled path in experimental music, the territory she occupies is incredibly distinct. Her drones are somewhere between the sustained electronics of La Monte Young and a tanpura. They shift, resonate, rise and fall in waves of harmony and dissonance. Within Indian Classical music, the topic of using an electronic drone or a hand played tanpura is hotly debated. Most listeners feel what a player brings to a sound, no mater how subtle or strict the structure, is of paramount importance. A player’s humanity makes the music, not its tones. This is what sets Fullman apart, and makes her sustained drones so special. Despite being dislocating, Fullman’s music is filled with the sense of her touch. As her hands drag and drift over the wire, the subtle shift of sonorities and overtones, coupled with her humanity, is completely overwhelming.

A little while back the wonderful label Superior Viaduct issued a new pressing of The Long String Instrument for the first time in thirty years. Though I already had a copy of the original, and thus wasn’t as exited as I would have been when I first discovered it, I was still thrilled to see Fullman and her beautiful work coming back into the light. I highly recommend picking it up if you haven’t already. She’s a marvel who’s never received the attention she deserves. Its followups In The Sea, and Work For 4 Players And 90 Strings, continue to elude me and have remained very high on my want list for many years. 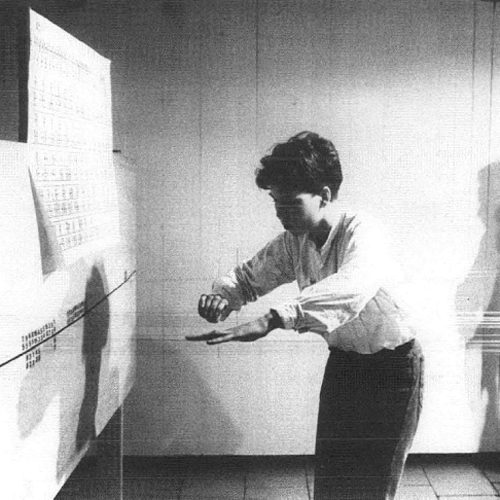 In addition to the iconic status of her first album, Fullman has had a long and wonderful career. The last decade has been particularly productive. She’s released a number of beautiful solo gestures, as well as collaborations with Deep Listening Band, Konrad Sprenger, and Barn Owl. She has also continued to perform extensively and often collaborates with others – bringing incredible range to her already dynamic career. I recently came across a few lovely archival films that I thought more people should see. The first is of Fullman playing during an exhibition in 1983. It gives insight into the development of her approach, and though unlike much of what followed, is beautiful in its own right. The second is a document of Work For 4 Players And 90 Strings – the work that made up her third release, and her first composition for a large ensemble. It is what the title describes, and it’s stunning. The third is called Streetwalker. It’s is a great sound art performance that she made in 1980 before she moved to NY, which is filled with both humor and great sound. It gives great insight into where it all came from. I hope you enjoy and will seek out all this wonderful composer has done.