Souffle Continu is one of the best record stores in Paris. It’s usually the first that I visit when I’m in town, and one of the few in the city that retains a focus on avant-garde music. Over the last few years they’ve also been running their own fantastic imprint. Though it’s output has been relatively small and covers a range of sources, it has a strong focus on the more obscure depths of French avant-garde and Prog from the early 1970’s. 2015 found its gaze resting on the iconic Jazz and free-improvisation label Futura.

Futura was set up in 1969 by Gérard Terronès in Paris. A number of its early releases were dedicated to American Jazz musicians such as Mal Waldron, Ted Curzon, Anthony Braxton, and Burton Greene, which is how I first encountered it. As the label progressed it began to cast its eye more locally, and in my view became infinitely more exciting. This is why Souffle Continu’s focus has been so welcome. Rather than reissuing the label’s more well-know releases, they have plumbed the depths of its archive in order to reintroduce some of its most exciting efforts.

France during the 60’s and 70’s produced some of my favorite avant-garde records – many of which are hybrid forms drawing from the spirit and accomplishments of Groupe de Recherche de Musique Concrète and Groupe de Recherches Musicales, and imbued with Free-Jazz, diverse ethnic musics, and a broad range of folk traditions. Their sounds are both open and specific – often exhibiting a playful humor that never sacrifices the serious proposition at hand. Though England, Italy, and German all had equivalent movements, there is nothing quite like what appeared in France. During 2015 Souffle Continu issued four wonderful releases from Futura’s catalog which embody this spirit – Jean Guérin’s Tacet, Bernard Vitet’s La Guêpe, Semool’s ‎Essais, and Horde Catalytique Pour La Fin’s single self-titled document. Finding myself with a little free time today, I thought I would draw your attention to them, particularly because I am yet to see anyone else do so. The label deserves thanks for bringing these wonderful outer realms of sonic experiment to our ears.

Semool were the trio of Philippe Martineau, Olivier Cauquil and Rémy Dédé Dreano. This is there sole release. What makes Essais so great is what makes it hard to write about. It’s as though someone dumped nearly every functioning genre of underground music of the late 60’s and early 70’s into a blender and then poured their fractured remains onto a disc. There are disembodied elements of psychedelic rock and folk, tape music, pure improvisation (flirting with the territories of AMM and MEV), and gestures which feel like the lo-fi bedroom experiments of a stoned teenager who just picked up his first guitar and ran it through a delay pedal. It’s completely unpredictable, full of surprises, absolutely wonderful, and unlike almost anything else of the era, let alone any other.

Like all of the albums featured here, Bernard Vitet’s La Guêpe defies categorization. Vitet and most of the album’s ensemble – Beb Guerin, Jean Guerin, Francoise Achard, Dominique Dalmasso, Jouck Minor, Francois Tusques and Jean-Paul Rondepierre, have their roots in France’s Free-Jazz scene – with particularly strong connections to Alan Silva’s orchestras. The album takes the ensemble’s comfort zone as a starting point and moves off into further flung territories. Much of the album is built from slowly intertwined textures and disharmonies, threaded with Francoise Achard’s phonetic vocals. At times it rises toward the more aggressive totality of Free-Jazz before falling back toward the subtle gestures embraced by many practitioners of improvisational Classical Music during the era. As a whole it is a piece of subtle complexity which resists revealing it’s secrets, offering a wonderful bridge between the diverse tenants of the avant-garde. The more I’ve listened to it, the more it offers. Essential listening for anyone interested in European improvisation. 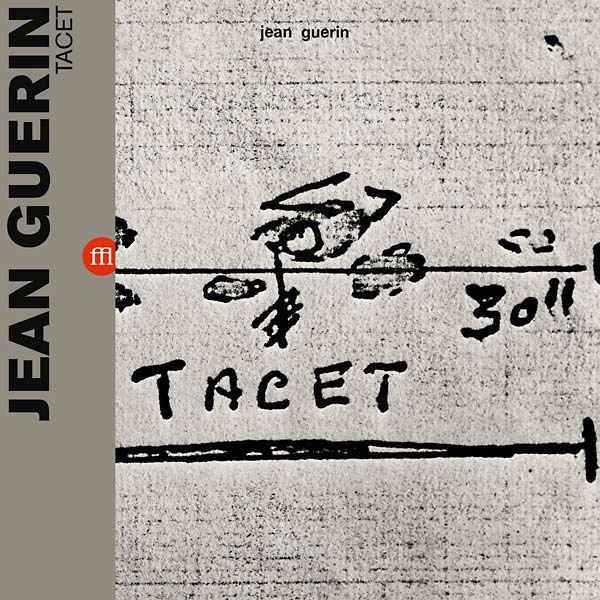 Jean Guérin’s ‎Tacet is a bizarre beast and possibly my favorite of this grouping. It was conceived as the film soundtrack for Claude Faraldo’s incredible BOF, anatomie d’un livreur. Like many great soundtracks, when disembodied from its companion image, it becomes an abstract masterpiece of monumental scale. As it begins you think you’re getting a pretty straight forward Jazz record – a thought which is quickly destroyed. As it progresses, strange processes begin to come forward and you are quickly thrust from comfortable footing. The instrumentation is pushed through electronics and tape loops, stretching into a territory that will be familiar to fans of the output of GRM. It moves from subtle abstraction, to strange processed rhythms and non instrumental sounds. It’s a brilliant hybrid of modular synthesizer, horns, and processing, the level of which has been reached by few others. It’s a pretty mind-blowing record for which I have few words to describe. Watch the film and buy the record. 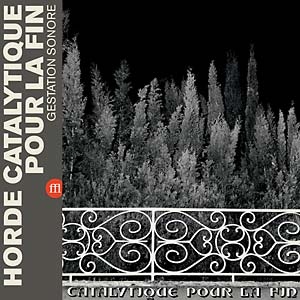 Horde Catalytique Pour La Fin was Francky Bourlier, Georges Alloro, Gil Sterg, Jacques Fassola, and Richard Accart. Though they only produced one album,  Georges Alloro and Franky Bourlier continued their collaborations into the 80’s as part of the projects Goa et Franky Bourlier and Arthea. Horde Catalytique Pour La Fin were a group of free-improvisers who were interested in building sonic landscapes utilizing instruments drawn from a diverse range of cultures. Though there are some American precedents for their brand of improvisation – particularly in The Art Ensemble of Chicago and other members of the AACM, their approach has a stronger connection to Europe – particularly those growing out of the avant-garde Classical Music of Cornelius Cardew and collectives like Gruppo di Improvvisazione Nuova Consonanza and Musica Elettronica Viva. It’s impossible to dislocate their music completely from Jazz, but it also wouldn’t be entirely accurate to call it that. The music they made is exhilarating. It’s without ostinato, and thus is completely rhythmically open with each instrument taking an equal role. It’s a slow music where tones and textures weave into each other, building an intricate totality which is impossible to anticipate. The album foreshadows the future of Noise without losing its connection to the diverse histories from which it grows. An essential for any avant-garde collection.