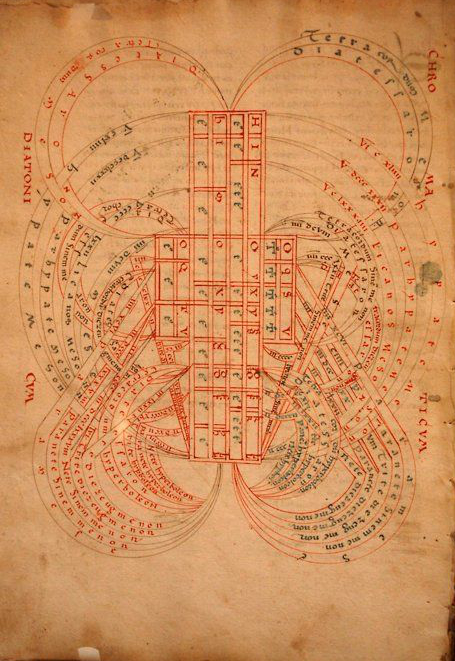 This Medieval manuscript addresses a theory of how the movement of stars and planets relate to music. It probably extends from the ancient Greek concept of Musica Universalis (Music of the Spheres) which conceived of the relationships between the proportions and movements of celestial bodies as a form of music. These sounds were conceptual, and did not realize themselves to the human ear. The idea is credited to Pythagoras, who believed the celestial spheres were related by the whole-number ratios of pure musical intervals, and thus able to create harmony. It was later expanded by Johannes Kepler in Harmonices Mundi (Harmony of the Worlds) in 1619, which attempts to highlight the presence of God through geometry in the natural world. Though none of this has much application today, it’s nice to encounter beautiful artifacts like this and enter a mode of thought from another time. I hope you enjoy.