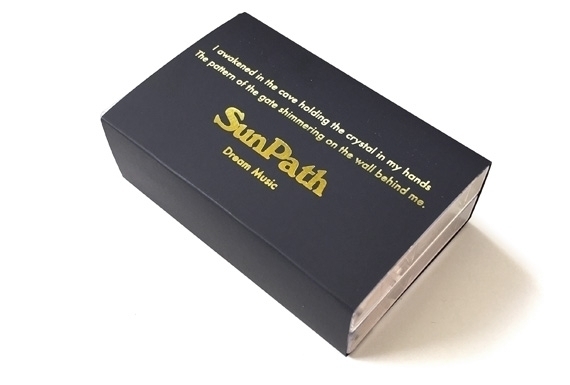 I’ve written about my evolving relationship with New Age music a number of times – from the closeted love affair with tapes discovered during my teenage years, enduring the judgement of record store clerks in my early 20’s, to my shock at the changing regard for this music during the last decade (something I never thought I’d see). Largely the result of few vocal advocates (record collectors and labels), I’ve witnessed a vast reappraisal slowly chipping away at the long standing cliches and disdain applied to its realizations. Though some of the original judgement was well founded, and finding the gems takes a lot of hard work, those efforts continue to sculpt our understanding and appreciation of these long neglected sounds.

New Age music grew out of an expanded quest for spiritual meaning that began during the late 1960’s. Though it’s roots are firmly in that era, it didn’t enter the public consciousness until the middle 70’s. This relates to the cultural disdain and judgement it long suffered. By the time figures like Steven Halpern began to issue records, the ideologies which defined them were beginning to face a darker reality. The dream was dying. Economic downturns were rippling across the globe, stark truths were becoming unavoidable, and the first gestures of Punk were beginning to rear their heads. The quest for spiritual meaning through music was viewed as a attempt to cling to the past, and ignore the current context. It was seen as emblematic of the cliches which had lead to the downfall of society’s optimism. Because of this, New Age was almost immediately resented. Though a fairly reasonable condemnation, the period between 1975 and 1985 (which holds the highest concentration of releases) was far more complex, and can be viewed from a number of angles. The disillusionment, apathy, and eventual complicity with the conservative forces underwriting the Reagan era, was not as complete as we are lead to believe. The dream of the 60’s lasted much longer. Though it died in the popular imagination, it was continuously reworked by different formations of the counterculture and musical expression (stretching well into the 80’s) – not the least of which were Punk and New Age. In other words, the dream went underground, and New Age was part of that movement. The disdain it faced was similar to the popular perception of Punk  (though ironically punks were among its most vocal detractors). Like most music, distance and perspective help. The difficulty with New Age is separating the sincere from cliche and artifice.

For an underground movement that a lot of people hated, and largely saw its documents self-released, New Age seems to have been a pretty successful. There’s a lot of it. Over the years I’ve culled through thousands of releases, and frankly heard more bad than good. In the last 5 years, I’ve had some help sorting it out. It began with well placed reissues of records by Laraaji, Iasos, J.D. Emmanuel, Ariel Kalma, and with Light in the Attic’s I Am The Center compilation. I had long loved all of these artists, and was familiar with most of those on the compilation, but my excitement was centered on context. These releases built a bridge, not only to new audiences, but to a broader understanding of the approach and origins of the movement. Their reissues represented a reappraisal. Though the spiritual concerns shouldn’t be downplayed, in the case of all of those mentioned above, the way the music was realized, and its character, was very different from what most people presumed it to be. Laraaji, Iasos, Emmanuel, and Kalma made avant-gande music with social, political, and spiritual concerns. It was more connected with the efforts of figures like La Monte Young, than with the work with which it had been historically lumped. Though I love to see deserving artists get their due, their reemergence is perhaps more significant because it encouraged others to look further. With them, dozens of lost artists (many of whom I was unaware of) began to enter the light through reissues – one of which is the gem that sits before us.

I became aware of Leaving Records last year when I stumbled across their incredible (and beautifully put together) triple cassette reissue of obscure Laraaji works from the late 70’s and early 80’s. I snapped it up as quickly as I could, and have cherished it ever since. Though most of the label’s releases seem to fall into the beat oriented end of electronic music, which I know very little about, I began keeping track of their efforts. Standing slightly at odds with the label’s central focus, I also was recently struck by label’s issue of Matthew David’s Mindflight LP – Trust the Guide and Glide, which enters a pretty incredible context for contemporary realizations of New Age, and leads me to believe that their support for the movement will continue to reveal many great things to come. About a week ago, I noticed that Leaving had issued their second release from the obscure depths of New Age’s history –  SunPath’s Dream Music, which combines the albums Yasamine and the Snowflake Dragon (1980), and SunPath 2 (1984) in a similar deluxe presentation to the Laraaji set. In full disclosure, when a label turns me onto a killer release, and presents it as beautifully as this, I can’t help myself. I kind of freak out, and with this one, that’s exactly what happened. It’s stunning on all counts.

SunPath is Jeff Berry. During the early 80’s he recorded and self-released these two cassettes while living in New Mexico. The music was composed to evoke highly specific visual images, prompting Berry to build instruments and sound generators in order to gain the sonic clarity he desired. Once obtained, he would process them, and treat them with experimental tape-transferring focused on the generation of overtone sequences. This helps deconstruct his world of textures and tones, but doesn’t really describe what you hear. Yasamine and the Snowflake Dragon and SunPath 2 are both stunning ambient synthesizer records which go a long way toward redefining the genre. Berry’s Prophet is the most tangible sound throughout, but the secondary sources, particularly flutes and a vast range of field recordings, with his unique approach toward processing and intervention, are what make them so striking. Some of the territory will be familiar to fans of  J.D. Emmanuel and Ariel Kalma, but Berry’s world is slower to progress (and that’s saying something). These are meditations on sounds and their interactions. Depending on where you enter them, both albums defy categorization as New Age – particularity in passages which reduce to heavily processed field recordings, or where the ambience transforms into a drone. These gestures are explicitly avant-garde, challenging, and seriously amazing. If the albums had been made today (and they sound so fresh they could have been), there would be little question of where to place them. These aren’t the blissed out meanderings of a stoned hippy. They’re highly focused works of sonic art. You can check out a sample below, and pick up the tapes directly from Leaving. I can’t recommend enough that you do.