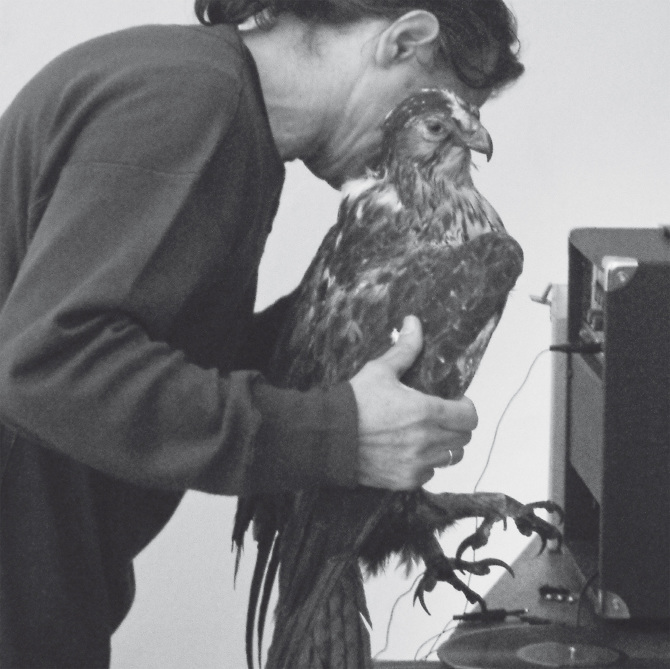 Most of my writing is motivated by a recognition of important networks and connections lingering within the culture of sound – some taken for granted, others largely unobserved. It is an effort to celebrate them, with the objects and actions which make them up, and to offer the attention and recognition they rightly deserve.

Experimental music, in part because the vast expanse of practice which falls under its banner, with the fact that it is rarely mediated by outside interests, is one the best contexts through which to understand our interconnectivity. It is a practice without bounds, breaking the enforced divisions culture, creative paradigm, geography, generation, and time. It is a network of ideas and actions, through which people speak and grow.

Crucially, though rarely noted or observed, experimental practice rarely seeks the dialectical. It is not a context which encourages the giving of ground or the finding of consensus. It is a territory within which radically different positions happy coexist and converse. It is dialogical at its core. The interplay of difference, at least in part, is the point. As such, it holds potential of important lessons for society as a whole.

At the root, regardless of outcome, conversation is the primary goal. To this end, I’m lucky. I regularly speak to a sprawling network of remarkable individuals, spanning vast geographies and multiple generations, taking any number of roles – creators, producers, distributors, writers, and fans. It’s easy to retain a sense of the remarkable character of this world – its overwhelming good, openness, and desire to give and converse.

As with all things vast and diverse, it can be difficult to grasp a sense for the whole – around what and where boundaries fall. In recent weeks, I have found myself in conversation with practitioners from a number of locations in Europe, the United States, Latin America, and beyond, many of whom, despite the remarkable quality of their work, had yet to reach my ears. Among the most fascinating and curious, were instances were I found myself speaking to different members of Greece’s experimental music scene. While I was aware it existed, and own a number of artifacts of its earlier iterations, I knew little beyond scattered fragments. As these voices reached my ear, a stunning territory of organized sound began to emerge.

One of these conversations was with Kostis Kilymis. I’d been aware of him for a number of years – we share numerous friends in common, both having spent a good chunk of our adult lives living in London, but our paths had yet to cross. In addition to his work as a sound artist and musician – having released works on Another Timbre, Coherent States, and a handful of other labels, he also runs Organized Music From Thessaloniki, as well as collaboratively running Rekem with Nicolas Malevitsis, Thalia Raftopoulou and Angelos Theodorou. Both imprints are solidly dedicated to offering voice to the more adventurous spectrum of recorded sound emerging from Greece. Rekem’s latest LP – Panos Charalambous’ Fullness of Harmony, the topic of our discussion, is so singular and brilliant – a network transcending time and place, that its sounds transform into the perfect nesting metaphor for the sprawling landscape in which it sits.

For decades, Panos Charalambous has worked across a number of media within the context of visual art – painting, drawing, sculpture, video, etc, exhibiting widely. His practice contains a series of ideas contending with the imprints left by the passage of time, geography, culture, place, and those with whom we share the earth. In addition to his work as an artist, Charalambous is also a record collector. Fullness of Harmony is documentary artifact of the joining of these two worlds.

The act of record collecting is rarely credited for the depth it contains. What generally begins as an extension of a love for music, often develops into a vast process cultural anthropology, and / or archeology, driven by passion and curiously for what has been discovered, and what remains unheard. Of all the art forms, recorded sound is particularly unique in the way that it translates meaning. Music acts as an open window into the souls of those who have made it, while rarely telling us who they are or why they sing these songs. In effect, the way it locates itself is singular and unique – absolute truth, defying time, shrouded in the unknown.  These unknowns, with a desire to know more, to understand these voices and the worlds from which they grow, are at the root of many record collectors hunts – a process which through which Charalambous transforms himself into a metaphor laden lens for new singular constructions of sound.

Fullness of Harmony is a document of the artist’s performative practice “DJing”  vinyl and shellac records – his attempts to exhume the voices and memories hidden within their grooves. Rather than tonearm, cartridge and stylus, Charalambous employs unorthodox tools –  agave leaves, rose thorns and an eagle’s talon (still attached to the taxidermied body of the whole). While laden with symbolic meaning, his actions are explicit attempts to gain a more direct contact with the songs and tales which these artifacts contain.

As great art often is, Charalambous’ practice is deeply personal, while an explicit, outward attempt to offer a means through which to expand the world within which we live. His materials – the records, are objects that are rarely acknowledged for the depths they contain, or the truths therein. Through his body and its actions, he offers a metaphorical path through which we might gain access to those who have come before – to meaning as individual as each of us, and as universal as our collective whole. These sounds – ranging from the voices of folk traditions to elaborate arias, as they emerge across Fullness of Harmony, should not be mistaken for simple playback with unusual objects, nor for the kind of singular creative acts on which artists often embark. They are collaborations in defiance of time and loss. They are dialogical conversations, through which Charalambous is a conceptual lens – like the context of experimental practice within which he sits, calling them to be. Fullness of Harmony is a nesting metaphor for us all.

Creatively brilliant, through scratched artifacts of time, Charalambous has created a stunning work. A singular object.  A guiding path toward understanding the connections between us all – to our pasts, present, and to the ghostly future where we are not more. Absolutely beautiful on every count. The LP is out now via Rekem in a extremely limited hand-stamped edition of 120 copies. You can pick it from the label direct, or from SoundOhm. Check out a sample below.