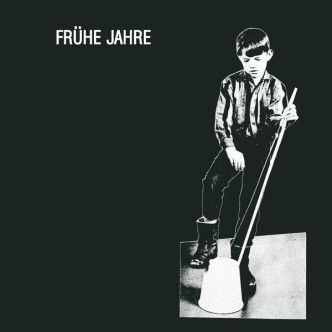 In the ten years of Unseen Worlds life, I am yet to encounter anyone who isn’t inclined to heap the Brooklyn based imprint with praise. A mirror for its founder Tommy McCutchon, it is an exercise in generosity – a rising emblem of community, support, great art, and what makes music so wonderful when it strays into experimental realms. The label is founded on a love of music, McCutchon’s incredible ear, and his almost evangelical desire to support important artists and their work. In the case of the catalog, this is almost entirely dedicated to those who have rarely received the attention they rightfully deserve. In more instances than not, Unseen Worlds’ efforts have directly led to a reversal of this sinful neglect.

Within our present moment – riding the back of vinyl revival, with its relentless stream of releases, it’s almost impossible to keep up with it all. Unseen Worlds stands apart. It’s output generally hovers between one and three releases a year, the product of rigorous work and focus – the best possible realization of what they might be. Importantly, each is a slow, sophisticated burner, offered the space and time they need to percolate in the cultural consciousness.

Glancing back over the label’s first ten years, temporality is an active, arching theme. Their reissues and archival releases occupy the present with such grace, that you forget they are works of the past. Those from the present, feel timeless. The years in which each LP or CD emerged, compress – always in the foreground, one dancing with the next. Even without their extraordinary quality, this is a remarkable achievement, worthy of note.

What makes Unseen Worlds so extraordinary, is the inability to define it, or even put your finger on exactly why it’s so extraordinary. It defies genre without sacrificing cohesiveness. It continuously challenges what we presume to know – about history, art, or even our own listening tastes. It does what all great labels should, it offers itself as a guide into the unknown – a potentiality founded on the evolutionary character and quality of each subsequent release, further enforced by the context provided by the catalog as a whole. In their hands, remarkable adventures and revelations in listening continuously unfolded, the building blocks of sonic discourse. For this – for all the great music and what it has brought into our lives, we own them a profound dept.

The label’s latest release – 10. Hose Horn / Frühe Jahre, two realizations overlapping in separate forms across digital and analog formats, comprised of early works by the German composer C-Schulz, is no exception within Unseen Worlds’ already shimmering catalog. Unexpected, startling, and defiant of genre, it is a near perfect body of sound which, through its own singularity, sows threads between a diverse range of territories.

Schulz emerged within Cologne’s experimental music scene during the late 1980’s and early 90’s, the period from which 10. Hose Horn / Frühe Jahre draws. Like many, its creator is a composer who has never entirely received his due – an affliction often levied on those artists who follow their hearts and work down unknown paths, straying from easy definition and the constraints of concise genre. It’s long and frustrating legacy – one not without its paradoxes. While it’s not always easy to put your finger on, particularly because his work has little aesthetic resemblance to them, 10. Hose Horn / Frühe Jahre presents Schulz as an inheritor of territories opened by the pioneers of avant-garde electronic and electroacoustic music during the 1950’s and 60’s. The world he sculpts is non- exclusionary – where complex organizations of sound are positioned to operate within a discourse with popular culture and everyday life.

The physical realization of 10. Hose Horn / Frühe Jahre is effectively two things. 10. Hose Horn is a faithful vinyl reissue of the album of the same name, originally released by Frank Dommert’s Entenpfuhl imprint in 1991, which notably just proceeded the emergence of one of Jim O’Rourke’s first releases, The Ground Below Above Our Heads. The digital formats – CD and download, entitled Frühe Jahre, expand the material from the LP with a further seven works, composed in the period between 1989 and 1996. Both forms are equally cohesive and considered, presenting an evolutionary hybridity within the realms of electronic, electroacoustic, and avant-garde practice which traces back to these fields’ beginnings, while defying what has largely come to be presumed about each.

Schulz’s territory is a perfect emblem of the gathering openness within the experimental music world. Its seeds rest in the avant-garde populist Modernism, advocated by artists like Luc Ferrari, Pierre Schaeffer, and Bernard Parmegiani, while its content, emotiveness, and pallet draw from Punk and Industrial music, all forced to recon with a world where electronic dance music was taking hold. In a effect, it is an inexplicable and brilliant distillation – a telling of truth, linking a long arc of counter-cultural and avant-garde sound, into a single crystalline form. Aggressive, grinding, challenging, and rhythmically intoxicating, 10. Hose Horn / Frühe Jahre is a revelation – creative singularly as a means to rethink history, as much as it is a thrill for the ear.

Highly recommended on every count. Once again hats off to the brilliant and hard work of Unseen Worlds. You can pick if up from them directly in any of the three available formats, and check it out below.